The modern systems of environmental impact assessment was discussed in Uzbekistan 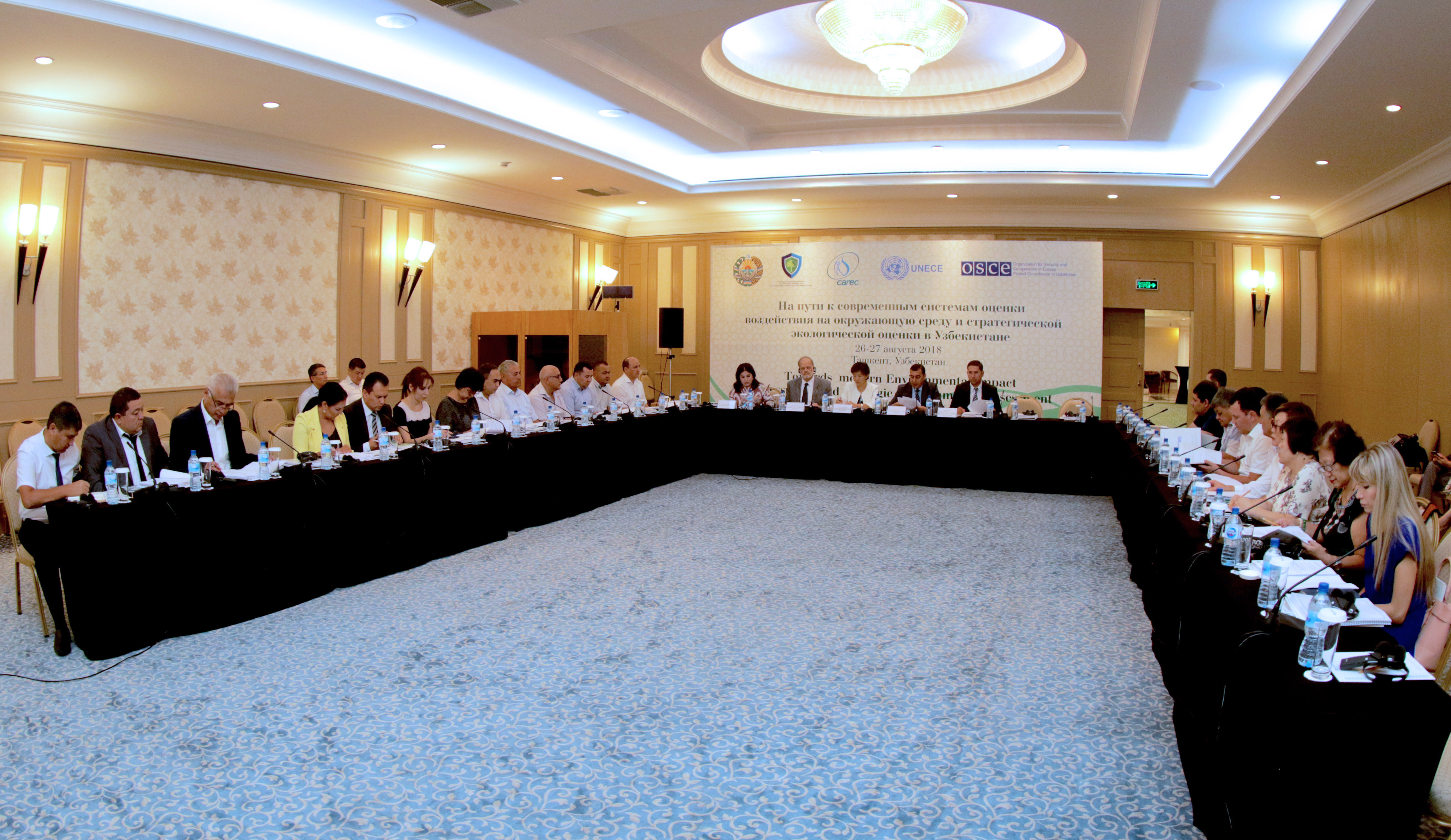 On August 26-27, 2018 a national workshop “Towards Modern Environmental Impact Assessment Systems in Uzbekistan” was held in Tashkent. The event was organized by the State Committee of the Republic of Uzbekistan on Ecology and Environmental Protection (Goskomekologiya) with the support of CAREC, UNECE and OSCE.

Environmental Impact Assessment (EIA) is a process of evaluating the positive and negative environmental and resource consequences of a proposed project or development, taking into account inter-related socio-economic, cultural and human-health impacts, both beneficial and adverse.

The workshop was opened by the Deputy Chairman of Goskomekologiya Mr Uktam Utaev, OSCE Project Co-ordinator in Uzbekistan Ambassador John MacGregor, UNECE Regional Advisor Ms Sarangoo Radnaaragcha, and Director of CAREC Branch in Uzbekistan Ms Shakhnoza Umarova. Among the participants were the representatives of the Parliament (Senate of Oliy Majlis), the Cabinet of Ministers, ministries and agencies of the Republic. As well as NGOs and universities of Uzbekistan.

The aim of the workshop was to assist in the preparation of proposals to improve national legislation in the field of state environmental examination in accordance with the provisions of the Espoo Convention and other international standards. 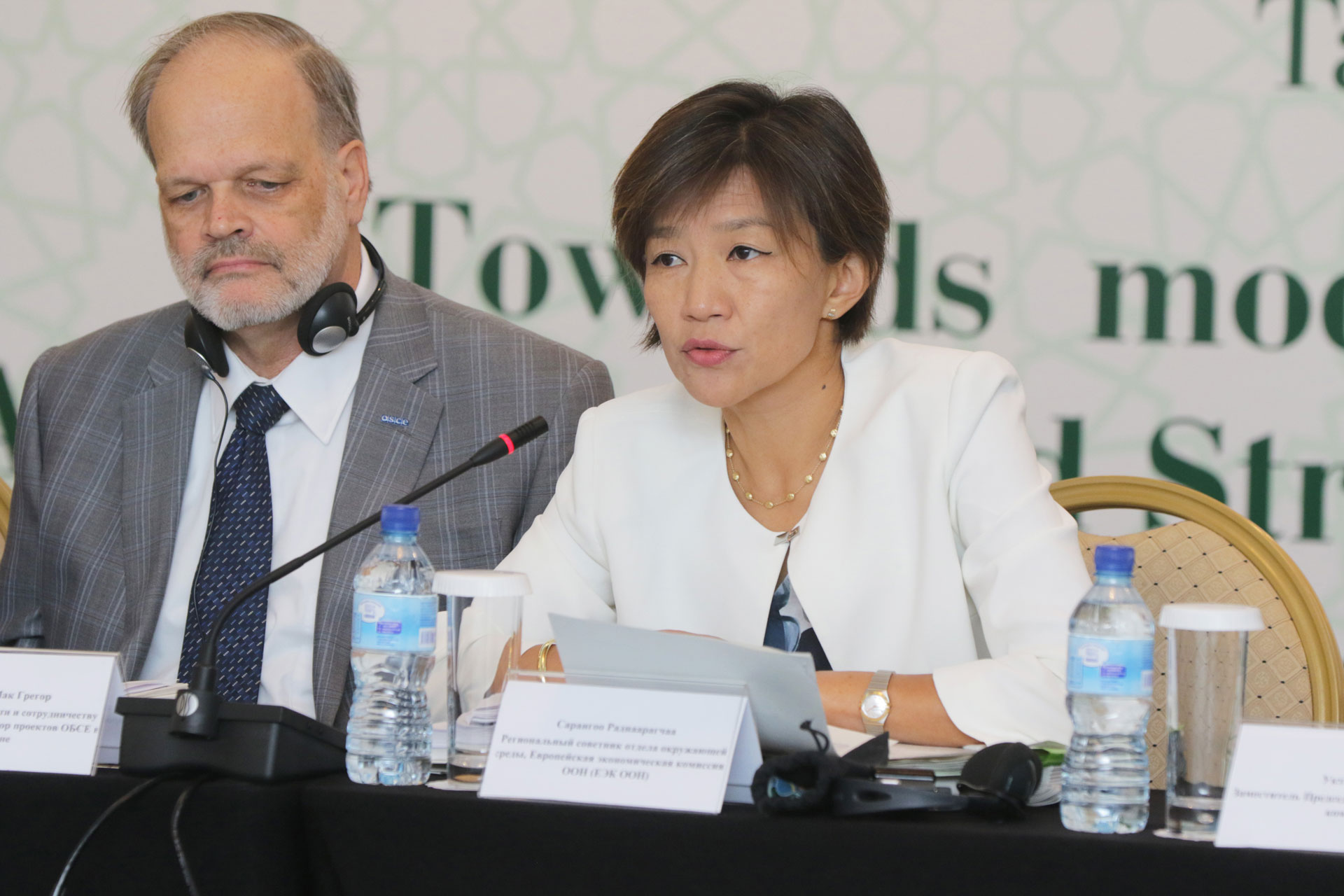 In Uzbekistan, there is currently a steady increase in the population, active industrial, construction and agriculture development, an increase in the number of vehicles. All this creates a significant burden on the environment. In order to contain and minimize the negative impact, it is necessary to implement comprehensive and systematic measures for the protection of the environment and efficient natural resources management.

“Today, we are all well aware of the inextricable interrelationship of economic development and environmental security. The natural changes that have taken place over the past decades compel us to invest in the nature protection, not only to ensure a favourable environment but also to ensure stable economic growth,” Mr Uktam Utayev, Deputy Chairman of Goskomekologiya said at the opening of the seminar. “The study of the accumulated rich UNECE experience in this field, consideration of promising areas of cooperation and opportunities for joint actions will have a practical impact in ensuring the environmental sustainability and prosperity of the Central Asian region.”

It should be noted that compulsory conduction of a comprehensive assessment in the interests of human health and the preservation of the ecological balance is enshrined in the current legislation of Uzbekistan. Thus, the need for state ecological expertise (SEE) as an obligatory measure of environmental protection, prior to the adoption of an economic decision, is established by the laws of the Republic of Uzbekistan “On Nature Protection” (Article 24, 25), “On Environmental Expertise” which define SEE objects and forbid project implementation without positive assessment of SEE. The SEE objects and the list of activities which define the expertise are also indicated by the Decree of the Cabinet of Ministers of the Republic of Uzbekistan dated December 31, 2001, #491. In order to prevent irreversible negative consequences of the planned activity, the best option of the facility location is chosen, the best available, non-waste technologies are offered and the most effective environmental measures are developed. 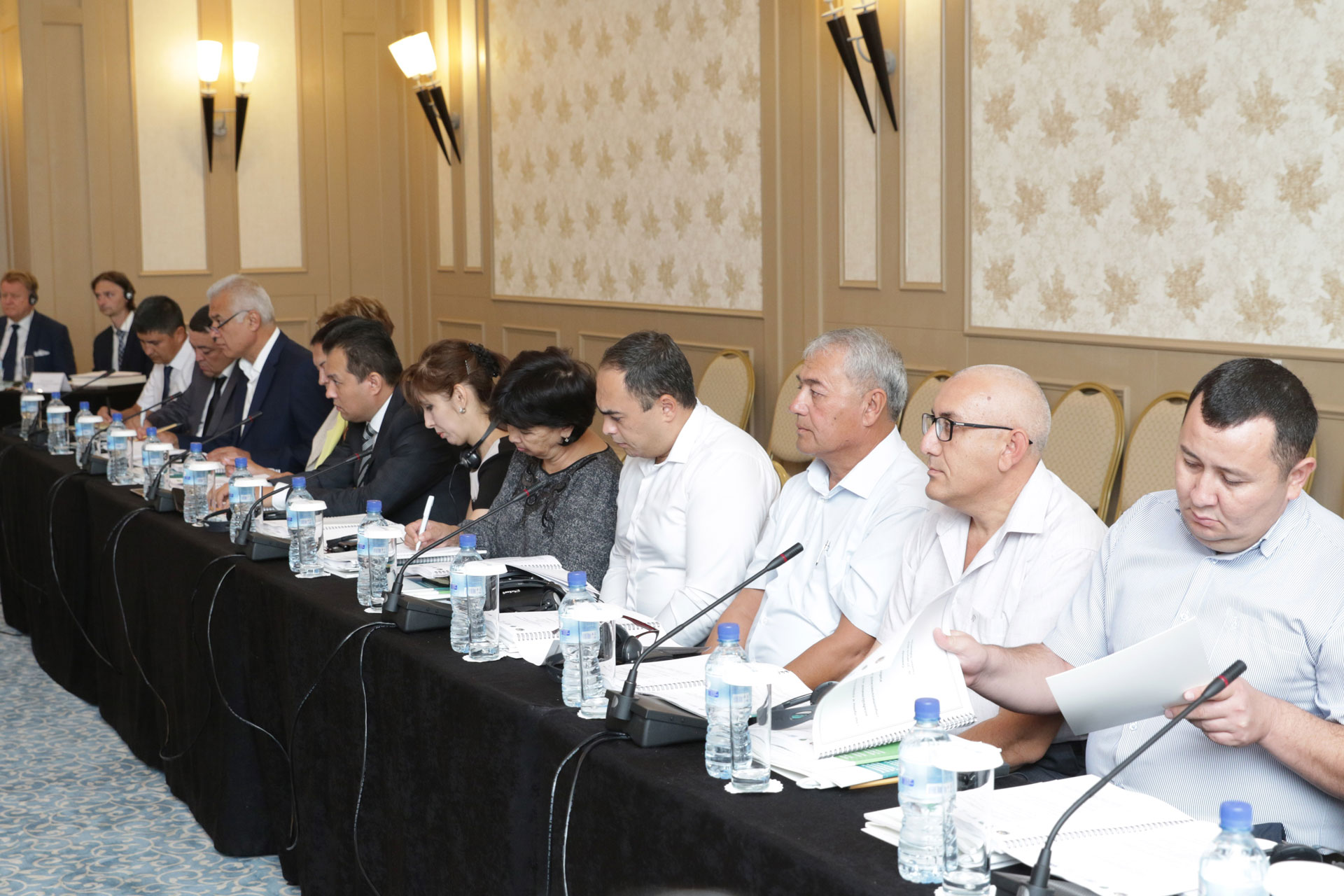 Participants also mentioned that human health for 20-25% is determined by the state of the environment. For example, the excess of acceptable indicators of air pollution, water with poor quality, soil degradation, contamination of food and other factors have a negative impact on human health. In this regard, it is important to minimize the anthropogenic load on the natural environment through the adoption of a set of measures to ensure environmental safety. It is more expedient to envisage the possible negative impact of the planned activity on the natural ecosystems and the health of the person at the planning stage than to detect and correct them at the implementation stage.

The main speakers of the workshop were an international expert on legislation issues Mr Jerzy Jendroshka and international consultant on legislation issues Mr Andriy Andrusevych. Special attention was paid to the importance of EIA in the system for issuing permits for the implementation of project activities and the role of public authorities. International experts, who were involved in the workshop, identified the feasibility of conducting a review of the national environmental impact assessment system in accordance with the provisions of the Convention and other international standards and responded to questions from other participants.

The second part of the workshop was devoted to the discussion of the various activities which are the subject to EIA, transboundary procedures, as well as public participation and the role of state agencies in these processes. At the end of the seminar, the results of the discussions were summed up and further steps and activities aimed at supporting the development of a modern EIA system in Uzbekistan were identified.