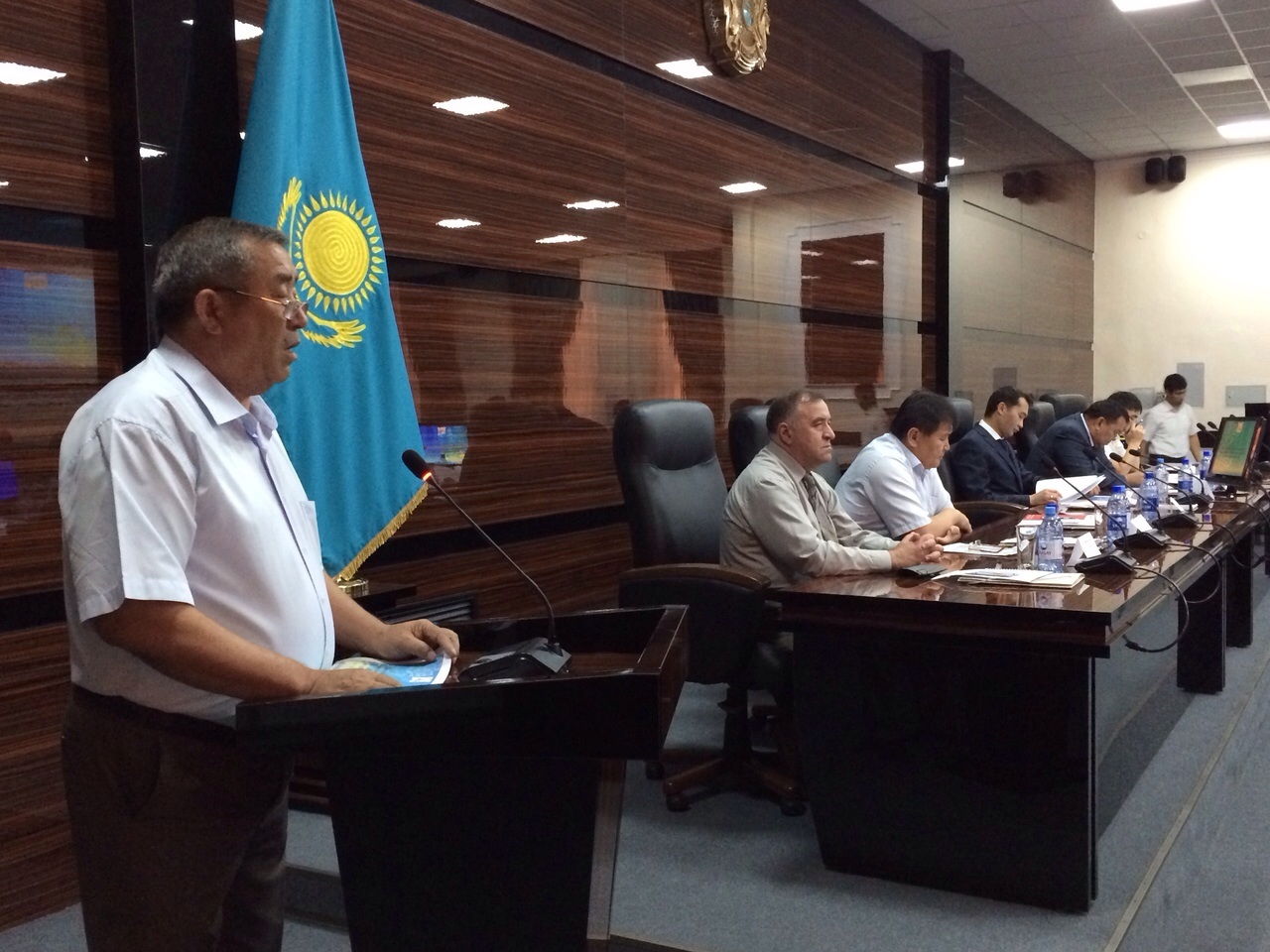 June 17, 2015 - Shymkent, Kazakhstan. Arys Small Basin Council, which is a part of the Aral-Syr Darya Basin Council - one of the eight basins of Kazakhstan, - held its first meeting.

In the first phase of the GIZ project «Transboundary Water Management in Central Asia”, CAREC in cooperation with the Aral-Syr Darya Water Inspectorate, with several experts involved, have participated in the development of the Basin Plan for ASBS.

In the second phase of the project, CAREC in cooperation with the Aral-Syrdarya Water Inspectorate,  participated in the foundation and supported the meetings of Small basin councils as part of ASBS: Aral SBC and Ugam-Keles SBC.

The case of the Arys SBC is unique, as it was established on the initiative of stakeholders. CAREC, within the third phase of the GIZ project, have been providing technical support for the first meeting. Thus, the third Small Basin Council in the irrigation area of ​​the Aral-Syr Darya basin is founded.

Deputy Mayor of South Kazakhstan region, Mr. Saparbek Tuyakbaev was invited to the meeting. He is very interested in the work of the Board, and he gladly agreed to become the chairman of the newly established Arys SBC.

At the meeting, 37 council members got elected, and the main topics and problems of the basin were discussed. The members of the SBC, as well as other participants of the meeting were introduced to the legislative framework of basin organizations establishing in Kazakhstan.

Mr. Tuyakbaev is interested in bringing projects, which would work in the basin and offered to meet more often at the initial stage of the operation. The next meeting of Arys SBC is tentatively scheduled in early August.

The Protocol and the Decisions taken at the first meeting of Arys SBC will be published on our website and riverbp.net portal.