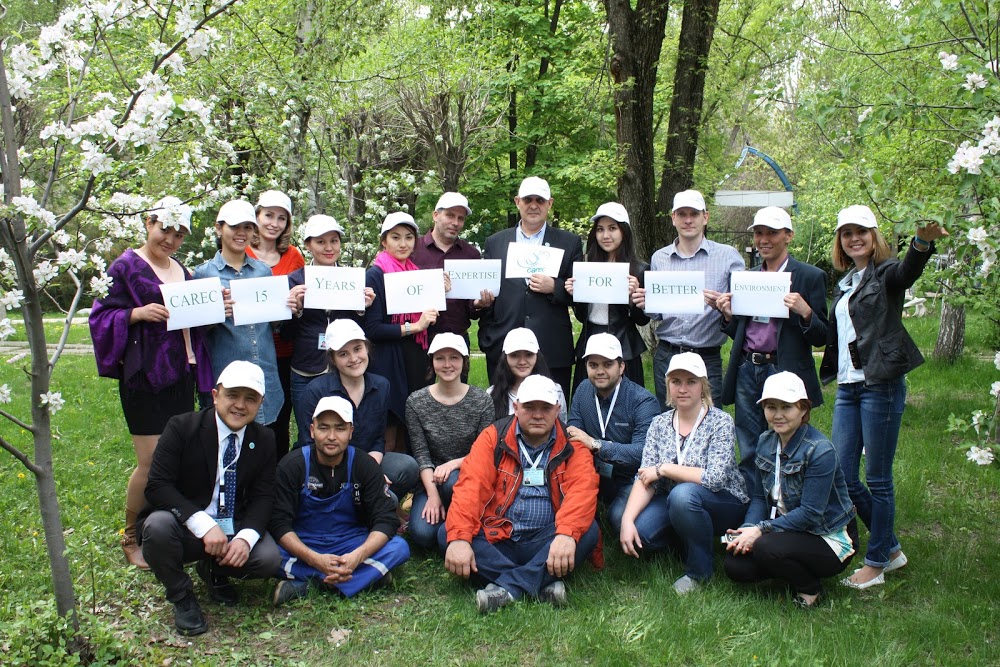 April 22. 2016: CAREC team successfully organized event “Plant a Tree – Show Your Commitment to Global Actions to Combat Climate Change”. More than 50 saplings of apple and cherry trees were planted on the territory of the State Regional Park “Medeo” and CAREC garden in Almaty. CAREC teams in other countries also joined the event. In Kyrgyzstan and Uzbekistan they planted the trees, while others celebrated the Day of the Paris Agreement with the national partners and colleagues.

The date of April 22, 2016 is in particular unique. It marked the official ceremony of signing the Paris Agreement in United Nations Headquarter in New York. 175 countries, including some in Central Asia, signed the climate deal, and showcased their concern and readiness to combat climate change and improve the environmental and climate stability in the world. The agreement aims to streamline measures to reduce carbon dioxide emissions starting from 2020 and to keep the rise of global air temperature well below 1.5-2°C.

The ceremony of signing the Paris Agreement was dedicated to the International Mother Earth Day. The theme of this year’s celebration will be planting 8 billion trees worldwide. The link between the Paris Agreement and trees is rather clear, since the woods are our main allies in combating climate change aftermath as well as the guarantor of achieving the long-term goal of restoring the environmental balance on the planet.

Year 2016 is also hallmarked by the 1000th Almaty City Anniversary and the 15th Anniversary of the Regional Environmental Center for Central Asia (CAREC) with the Head Office in Almaty. According to its 2015 Resolution in the context of the 1st Almaty International Culture Forum following the Appeal to UNESCO on Almaty City age, UNESCO had made the decision on to include the 1000th Almaty City Anniversary in its 2016 list of anniversary celebrations, which was solemnly confirmed by the President of the Republic of Kazakhstan N.A. Nazarbayev. CAREC was established in 2001 by the governments of all five Central Asian states with the financial and technical support of the European Union and the UN Development Programme. CAREC’s ultimate mission is to assist Central Asian countries in addressing their national and regional environmental and sustainable development priorities. 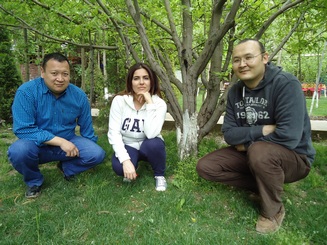 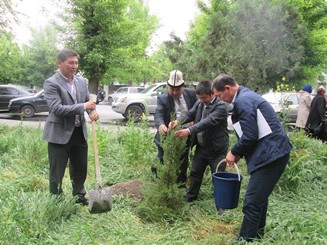 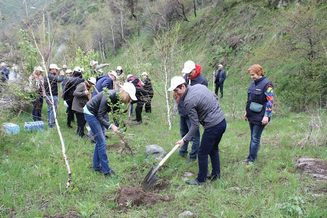 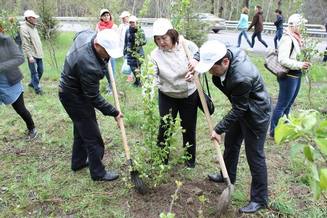