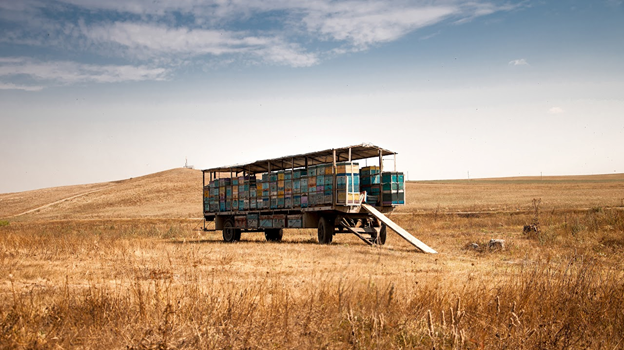 The Long Quest for the Pollen. Источник: Upshare

Drought in Central Asia is becoming a growing problem. Combating drought is a complex task that requires modern approaches and close cooperation between the countries of the region. The Secretariat of the United Nations Convention to Combat Desertification (UNCCD), among other organizations, contributes to this end in Central Asia. In the framework of the UNCCD-funded project "Regional Approaches for Combating Sand and Dust Storms (SDS) and Drought in Central Asia", implemented by the Regional Environmental Centre for Central Asia (CAREC), a situation analysis of drought in Central Asia has been prepared. This document is an important milestone on the way to reducing drought risk and mitigating its impact.

"Despite the fact that Central Asian countries have ratified most of the major international environmental conventions and framework agreements and strive to fulfill their commitments on sustainable development, integration between the countries of the region unfortunately remains minimal," said Rustam Issakhojayev, project manager of Regional Approaches for Combating Sand and Dust Storms and Drought. - Issues of land degradation and combating drought are not currently a priority for the region. As part of our project, a group of experts conducted scientific research, as well as a series of consultations with stakeholders in Central Asian countries to identify possible facts of vulnerability of the region to droughts and climate change".

As a result of the analysis, experts concluded that a significant portion of the Central Asian population, especially rural communities, are extremely dependent on limited water resources. Compounding the impact of anthropogenic factors, environmental degradation and natural disasters disproportionately affect rural populations and socially vulnerable groups. With regard to water pollution and infrastructure degradation, these problems pose a threat to regional stability.

Considering all these and other aspects, the situational analysis proposes to work in the following directions: strengthening the capacity for monitoring, risk assessment and drought prevention; drought mitigation, development of plans to address water scarcity and data dissemination; capacity building and awareness-raising; strengthening regional integration.

For more information about this and other documents developed within the framework of the Project could be found under the "Resources" section of the Project webpage: http://carececo.org/main/activity/projects/droughtSDS/

Information about the Project:

In January 2020, in all five countries of Central Asia with the financial support of the Secretariat of the United Nations Convention to Combat Desertification (UNCCD) the project “Regional approaches in combating sand and dust storms and drought” was launched. The project is implemented by the Regional Environmental Centre for Central Asia (CAREC), which works in close cooperation with designated national institutions and UNCCD National Focal Points in each of five countries.

The main objective of the project is to assist Member States in improving their preparedness and resilience to droughts and FDP, and to enable coordinated action and data exchange at national and regional levels.

You can learn more about the Project and its activities here: