Media tour to the Aral Sea 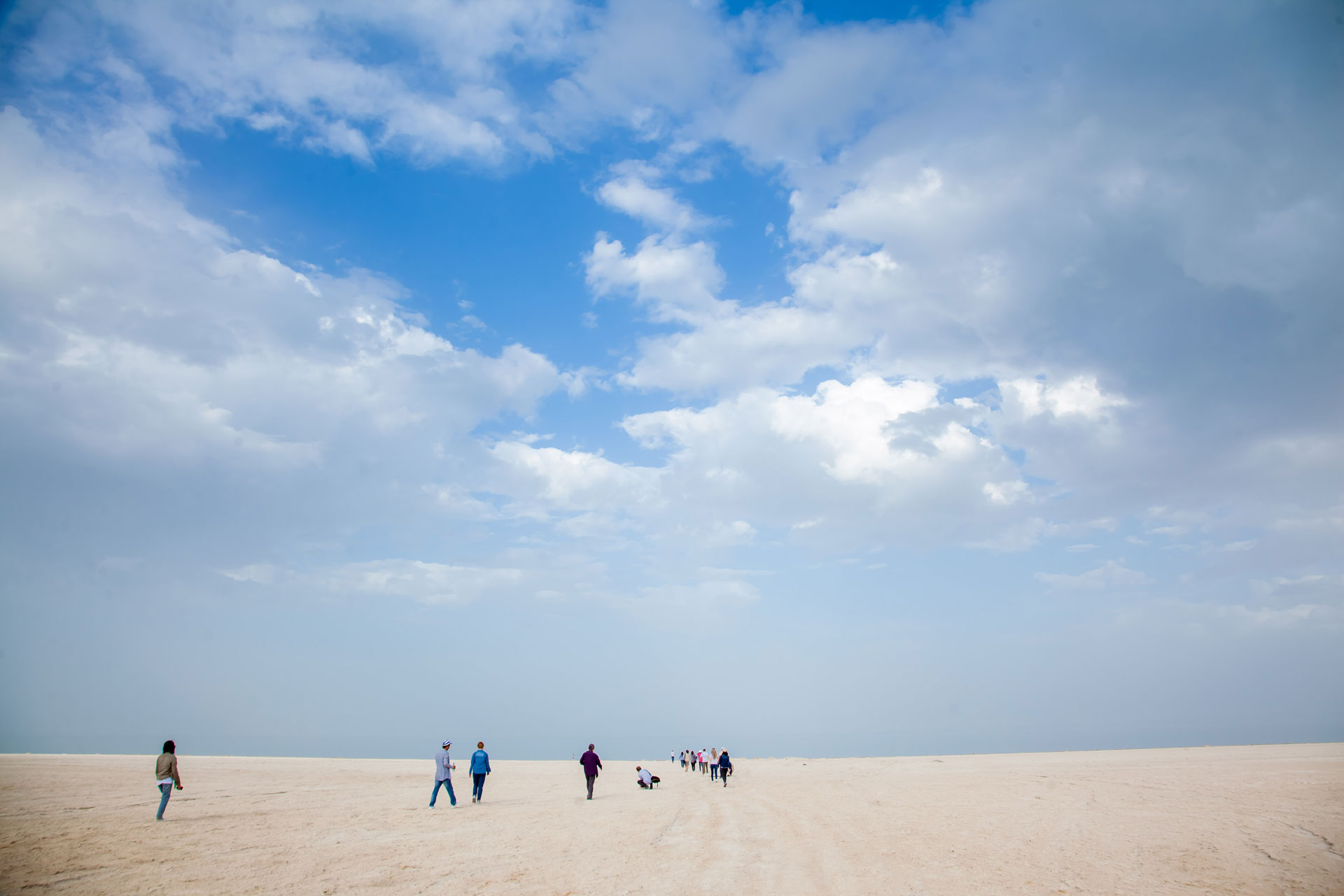 During May 10-13,   CAREC conducted an informational and demonstration tour to the Aral Sea and its area for media specialists. The tour was organized within the UzWaterAware project (Raising Awareness and Partnership for Sustainable Water and Environmental Development in Uzbekistan), which is funded by the European Union.

The event was attended by 35 participants: journalists from various Uzbekistan media (print and online resources, TV channel, bloggers), representatives of the Ministry of Water Resources of the Republic of Uzbekistan and the Republic of Karakalpakstan, and specialists if the Uzhydromet. Also, UzWaterAware Project Manager from the European Union Mr Doniyor Kuchkarov together with foreign blogger Ms Lauren Kana Chan joined the tour. Throughout the route, the participants were accompanied by the Candidate of Historical Sciences, professional guide, and archaeologist Mr Octyabr Dospanov.

The route with length 1200 km started in Nukus, the capital of Karakalpakstan, an autonomous republic within Uzbekistan. Then tour passed through the vast Kungrad district, Lake Sudochie, Ustyurt plateau, Chhinka Ustyurt, Urga village and Tugai “gardens” of the Aral Sea, ship graveyard in Muynak, Lake Shege-kul and with the return back to Nukus.

As it was mentioned by the journalists, in view of the rich information content of the media tour, it can be confidently called an expedition. During numerous stops, participants received detailed information about the history of the region, flora and fauna, the consequences of the Aral catastrophe. Meetings were also organized with the head of Administration of Muynak district Mr Saylaubay Danyarov and with Deputy head of Administration of Kungrad district Mr Bakhtiyar Kamalov who answered various questions about the development of the Aral Sea region and the actions taken to combat the consequences of the disaster. Furthermore, the participants of the tour had a unique chance to visit the Aral Sea Museum before its official opening by the invitation of Mr Saylaubay Danyarov. The museum has been completely reconstructed, the exposition is being prepared. It includes unique photographs, folk art items, animal exhibits, and a unique collection of paintings by artists of the region.

The representatives of the Ministry of Water Resources of Uzbekistan and Karakalpakstan, as well as Uzhydromet took active participation in the conversations with journalists and the guide, shared their comments on the current situation and answered different questions of mass media specialists.

It should be noted that the journalists showed quality work, they were full of creativity during the trip. Many interviews were taken, exceptional photo and video materials were made. At the moment, the journalists have already started publishing their first notes and impressions from the expedition on their resources. As a result of participation, “Dunyo Buylab” channel will make a special 40-minutes program about the tour (or a series of programs). 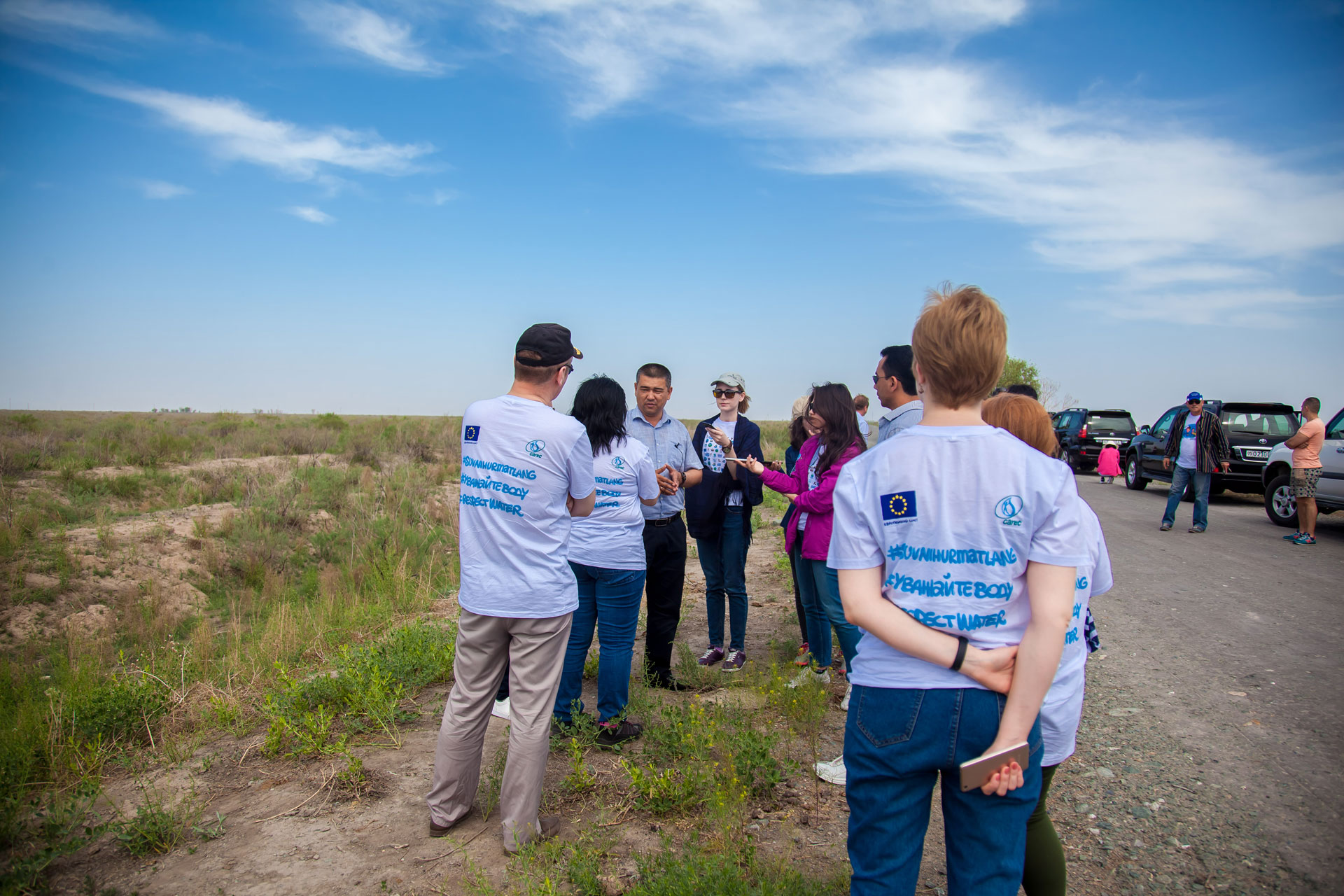 The UzWaterAware project is implemented by CAREC with the support of the European Union during the period 2016-2019. The overall objective of the project is to sensitise and generate a greater degree of awareness on the strategic importance of water saving, water conservation and environmental protection under the conditions of climate change.