In the end of August, the countries of Central Asia and Afghanistan participated in the World Water Week in Stockholm.

The World Water Week is a global platform for the coordination and discussion, organized by the Stockholm International Water Institute (SIWI). During the week-long event, experts and practitioners from all over the world discussed the most pressing issues and shared solutions on various water issues.

Thus, during the event, a delegation from Central Asia and Afghanistan broadcasted three times to cover the regional situation in this sector. 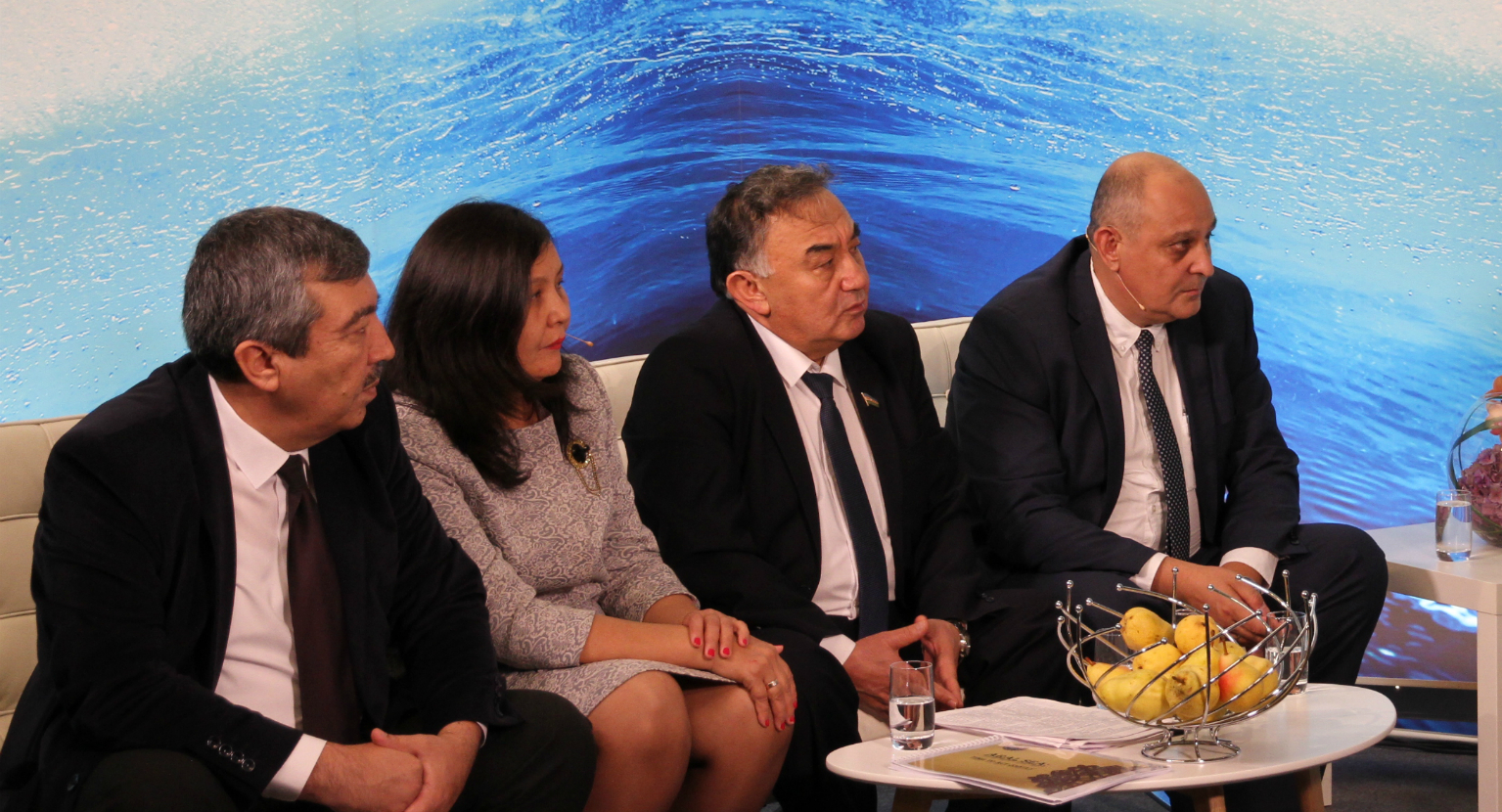 (RUS with subtitles) In the first conversation, participants discussed ways to water diplomacy. The practical solutions accumulated within the numerous development programs often are not reflected in the legislation and therefore have little impact on the government policies.

(RUS with subtitles) The second conversation covered the issues of involving local communities in water resources management in order to understand the effective ways of representing their interests in planning, allocating water and making appropriate decisions.

Water Resources Management process requires the participation of all stakeholders, especially local communities, in the basin. However, some impediments still persist in introducing the participatory approach to involve women and young generation in Central Asia, who are poorly represented in the local governance, NGOs and farmers' associations. To a certain extent, this is caused by lack of awareness about the benefits of basin planning and basin management approaches within the local communities, especially among women and youth. Women hold a decision-making role on water issues at a household level and young generation has an influence among their peers. (ENG with subtitles) The third discussion focused on the involvement of the academic community of the region in global sustainable development processes. Both regional and national initiatives to narrow the gap between science and practice in the region of Central Asia and Afghanistan presented here.

Because of the language barrier and lack of coordination between science and practice, Central Asia’s academia and science continue to be low on the global water and environmental initiatives radar. The situation worsened even more after the disintegration of the Soviet Union when Central Asian countries started the process of formation of national identities and economies. This led to the formation of independent players on the global platforms, despite the fact that cohesive actions of all countries are needed to resolve issues of a transboundary nature. CAREC has initiated a network of academic societies for Central Asia and Afghanistan, that unites universities and research centers working in the environmental and water sectors to exchange experiences. This regional mechanism aims to break this “academic isolation” and play an integrative role of Central Asian academic and science in the global scientific society.

- The event was dedicated to the theme "Water and Waste: Reduce and reuse”. Thus, within the framework of the Water Week, the panel session entitled "Asia Focus: Sustainable Management of Wastewater and Waste: Solutions for Specific Purposes" was held. The panelists shared relevant problems in the region, based on the current situation in countries, taking into account the normative, institutional and financial framework for sanitation. CAREC made a presentation on the management of drainage water in Central Asia. Read about it here.

- Also, a meeting of European development partners with a delegation from Central Asia and Afghanistan was held, as well as a seminar on water diplomacy with the participation of the Stockholm International Water Institute (SIWI). Read about it here.