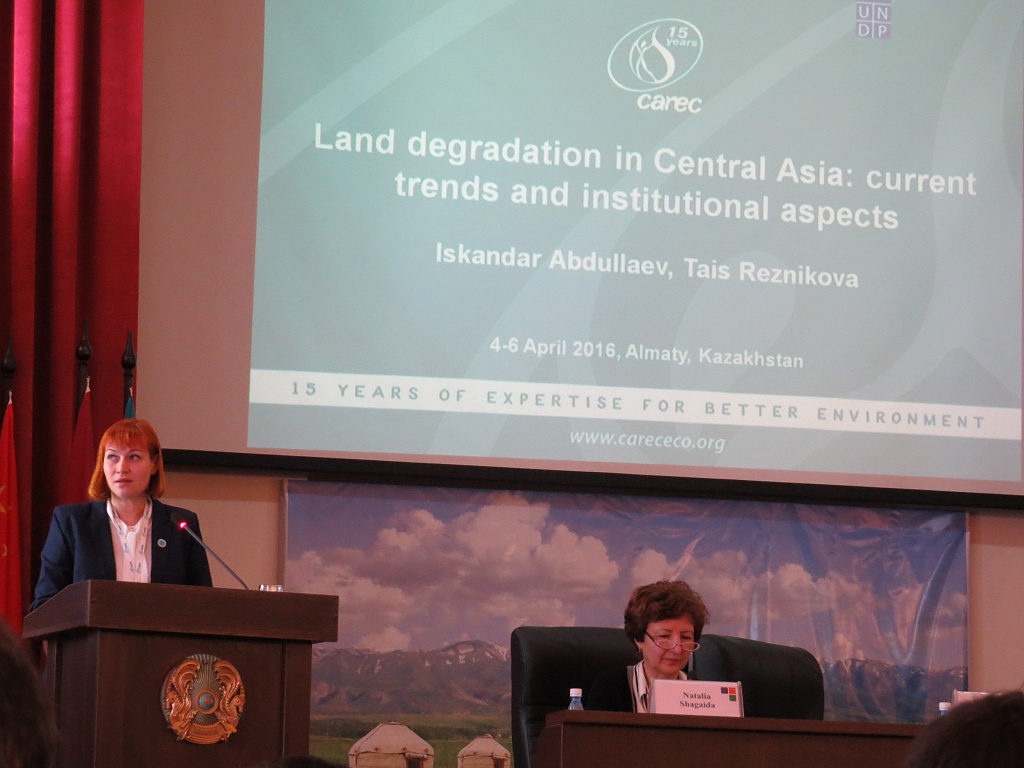 Since ancient times, the Silk Road has served as a hub for the exchange of valued commodities and ideas being a cultural crossroad between Asia and Europe. Emerging from the conditions of the past, the countries in this part of the world opted for their own unique paths of transition. However, agriculture has remained commonly important for rural employment and livelihoods in all countries. Questions of irrigation management, land reform, food security and government earnings from agriculture highlight the importance of the sector for general economic development across the region.

Each country individually and the region collectively face serious challenges to agricultural development at various scales that still need to be solved. Among these are the slow adaptation to climate change and increasing frequencies of droughts and water scarcity, rural labor outmigration, a lack of well-functioning markets, intraregional trade, water cooperation, and effective policies to produce the desired local outcomes.

The International Conference-Symposium "Agricultural transformation along the Silk Road: Restructuring, Resources and trade in Central Asia Region" was held from 4-6th April 2016. The conference was organized by the Kazakh National Agrarian University, The International Association of Agricultural Economics (IEEA) and The Leibniz Institute of Agricultural Development in Transition Economies (IAMO, Germany) with the support of the Ministry of Agriculture of the Republic of Kazakhstan and the «National Agricultural Research and Education Center» (NAE).

The aim of this Inter-Conference Symposium was to provide a platform for knowledge exchange, discussion and networking that revives the traditional role of the Silk Road. The symposium was structured around the three sub-themes:

In the Conference-Symposium, CAREC organised an exhibition stand with its publications and project materials which were available for the participants of the conference. Beyond that, Advisor to the Executive Director of CAREC on Large-Scale Inter-Program projects, Mrs. Yekaterina Strikeleva, contributed to the plenary session «The agricultural potential and politics» with the presentation on the theme «Land degradation and water resources management in Central Asia: current trends and institutional aspects». In addition, she also moderated the session «transboundary water resource management issues», in which CAREC’s publication «Water Resources Management in Central Asia: An Analysis of the post-Soviet way» was presented.

The conference involved various experts interested in the region such as international researchers and scientists working in the wider Central Asian and Caspian Sea region with background in agricultural economics, rural development, water management and related disciplines who shared and discussed their findings to better understand the complex issues, challenges and opportunities of agricultural development along the Silk Road. More than 200 well-known scientists contributed to the conference representing 30 countries and the advisers to the heads of European States, the United States, Japan, Israel, Australia and Russia. The three days conference was full of thematic statements including more than 150 reports of scientists and researchers of the agrarian economy, namely Johannes Swinnen (Belgium), Keidziro Otsuka (Japan), Richard Pomfret (Australia), Zvi Lerman (Israel), Max Spooren (Netherlands), William Martin (USA), Martin Petrik (Germany), William Myers (USA) and others.