Last September, Almaty introduced a bike rental system entitled Almaty Bike, which also operates in Astana and Shymkent. The official start of the project was given by the city mayor, Bauyrzhan Baibek. In total, no less than 50 stations have already been installed in the central streets of this city.

CAREC could not stay aside of such "green" initiative and installed a bicycle station on own means for the employees on the territory of headquarters. Now they have the opportunity to use the ‘clean’ transport on the way to work and back.

Five lucky winners got a chance to use bicycles for the first month. 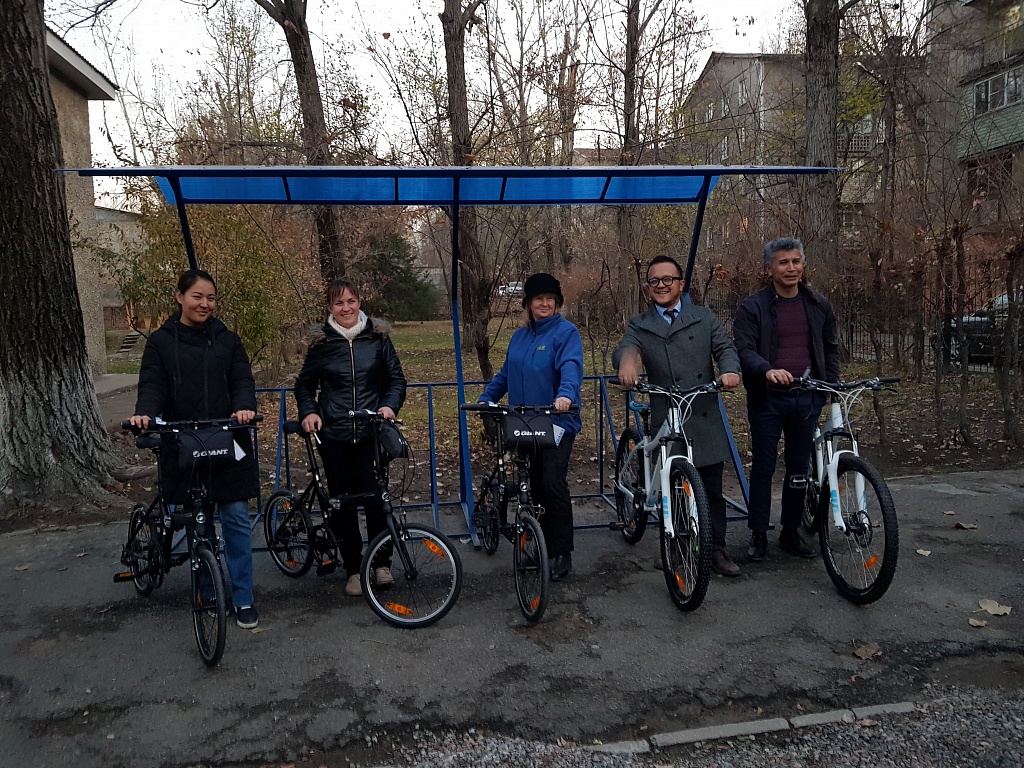 - In general, active cyclists live 6 months longer than people who do not ride bicycles.

- In developed countries, cycling is accepted by all echelons of society. While in developing countries the situation is opposite.

- The equivalent of energy spent at a distance of 1030 km is 1 liter of gasoline. Thus, bike riders save more than 900 million liters of fuel in just one year.

- Biking can be interesting. Last year, a traveler from Romania Diaconescu Radu drove through the whole Central Asia by bicycle. He wrote about it in his personal blog, where he shared a lot of beautiful photos.