The International Conference "Environment Cooperation and Sustainable Development in Central Asia" was held on the 21st of June and Open Day as part of the 15th anniversary of CAREC was held on the 20th of June.

The International Conference "Environment Cooperation and Sustainable Development in Central Asia" was held on the 21st of June and Open Day as part of the 15th anniversary of CAREC was held on the 20th of June. 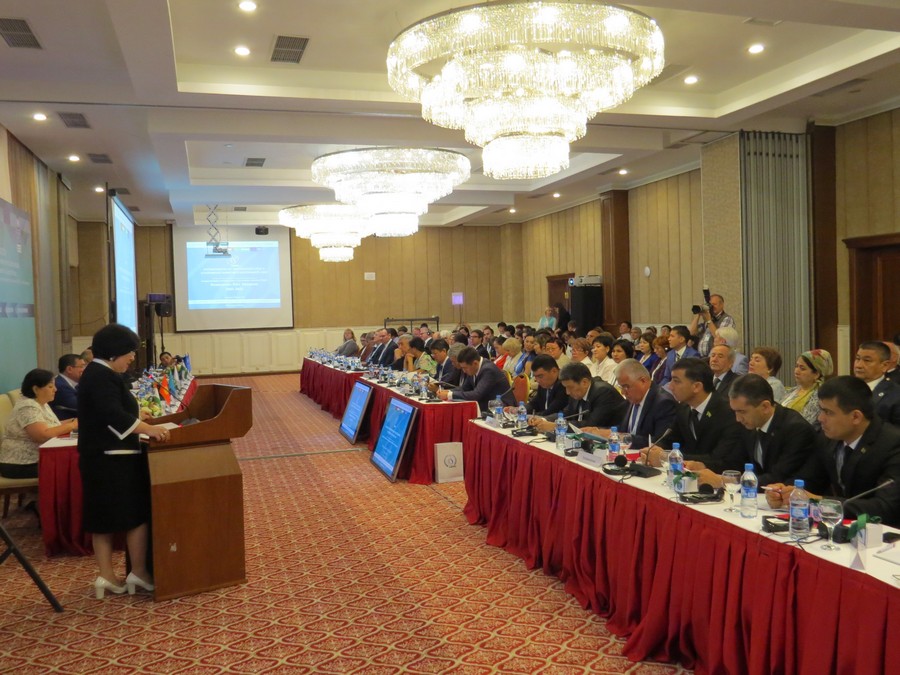 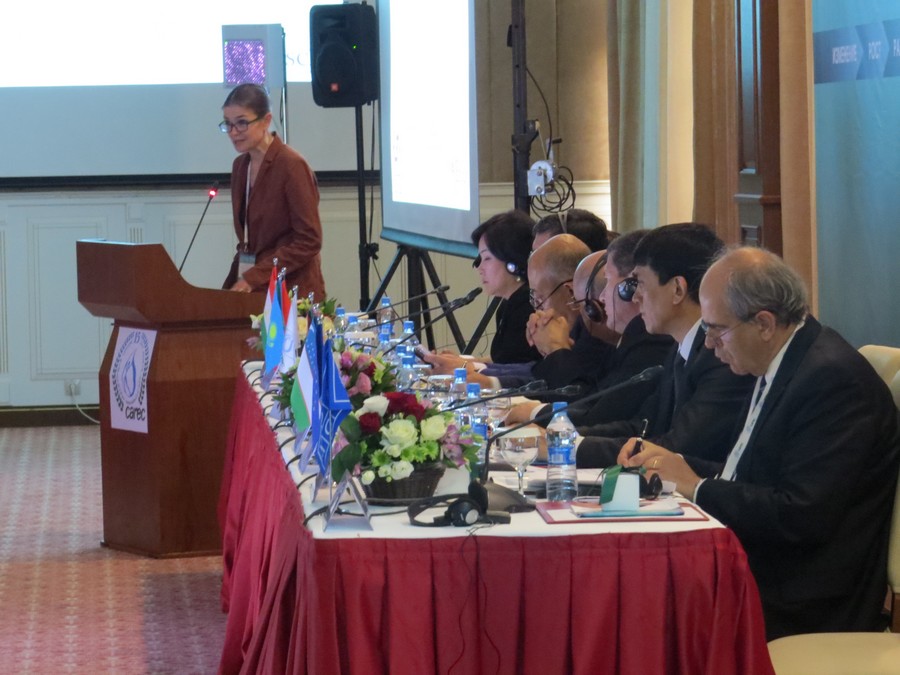 The International Conference "Cooperation on Environment and Sustainable Development in Central Asia" dedicated to the 15th anniversary of the Regional Environmental Centre for Central Asia (hereinafter - CAREC), was held on the 21st of June in Almaty.

The aim of the event was to discuss the development of environmental cooperation in the region of Central Asia: progress and achievements, plans and priorities.

On 4 thematic panel sections which were organized during the conference, there were discussed the key issues which are related to the possibilities of promotion and development of the CAREC strategy for water cooperation in Central Asia; cooperation in the field of climate change and disaster risk reduction; to discuss the prospects for enhancing regional cooperation on environmental environment and sustainable development in the region; an overview on the process was presented to the "Health and the environment in Europe" and to consider Central Asia as CAREC could provide support to countries in the region to fulfill their obligations under the Parma Declaration process, "Health and the environment in Europe" - the plan to 2020.

Also within the framework of an international conference, there was held regional meeting of parliamentarians of the Central Asian countries to discuss issues of their participation in the promotion of dialogue on issues related to water management and environmental protection in Central Asia.

Among the participants of the International Conference were representatives of the ministries of foreign affairs, environmental protection, and environmental ministries and agencies of Central Asian countries, members of the Governing Board and the Public Advisory Council of CAREC, NGOs, partners and donors of international, regional organizations and the media.

A day earlier, on the 20th of June in Almaty was held the Open Day of the Regional Environmental Centre for Central Asia. The main purpose of the Open Day was to demonstrate the openness of the center and promote environmental initiatives in Central Asia, the organization's readiness to cooperate, to promote the idea of environmental partnerships.

The event began with greetings by Dr. Iskandar Abdullaev, Executive Director of CAREC, he said in a statement: "We are 15 years old! In addition, all this time the main value and the driving force of our organization are the people - the Governing Council, Director, our partners in the countries and at the international level, and of course a dynamic and perfecting team of CAREC. Moreover, today we say to all of you - thank you so much! - For your contribution, your strength, energy, intellect, you have invested in the development of the organization, which you can be proud of right now! It is safe to say that the foundation of the success of CAREC - a systemic and sustainable partnerships at the local, national, regional and international levels. "

Next to the welcoming speeches and congratulations addressed to the assembled representatives of environmental ministries and agencies of Central Asian countries, members of the Governing Council of CAREC, Deputy Akim of Almaty, representatives of public organizations, friends of CAREC.Bizhanov Akhan, the deputy of the Senate of the Parliament of the Republic of Kazakhstan, noted that "in carrying out EXPO-2017 Kazakhstan suggests that Central Asia has huge potential for the transition to a green economy. Of course, this is a victory for CAREC! "

Hereafter there was held award ceremony during which the Central Asian Regional Environmental Centre were awarded - friends, partners, and employees of CAREC. Also at the event was held demonstration the achievements of CAREC, a series of sessions and roundtables aimed at raising awareness of a wide range of stakeholders on priority issues in the environmental situation in Central Asia. There was organized an exhibition-fair of eco-crafts, exhibition of children's modeling and children's drawings on environmental issues. 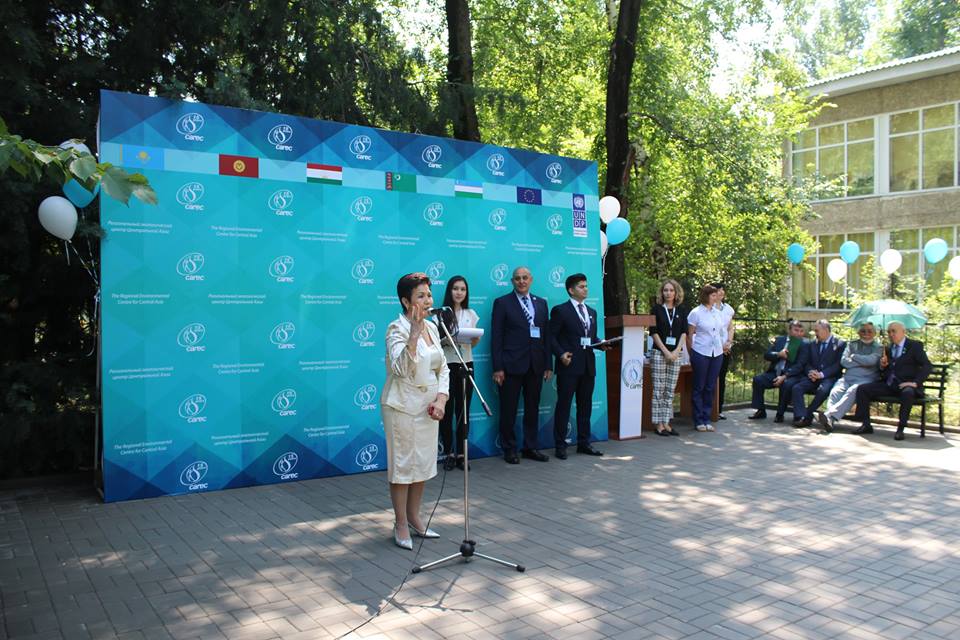 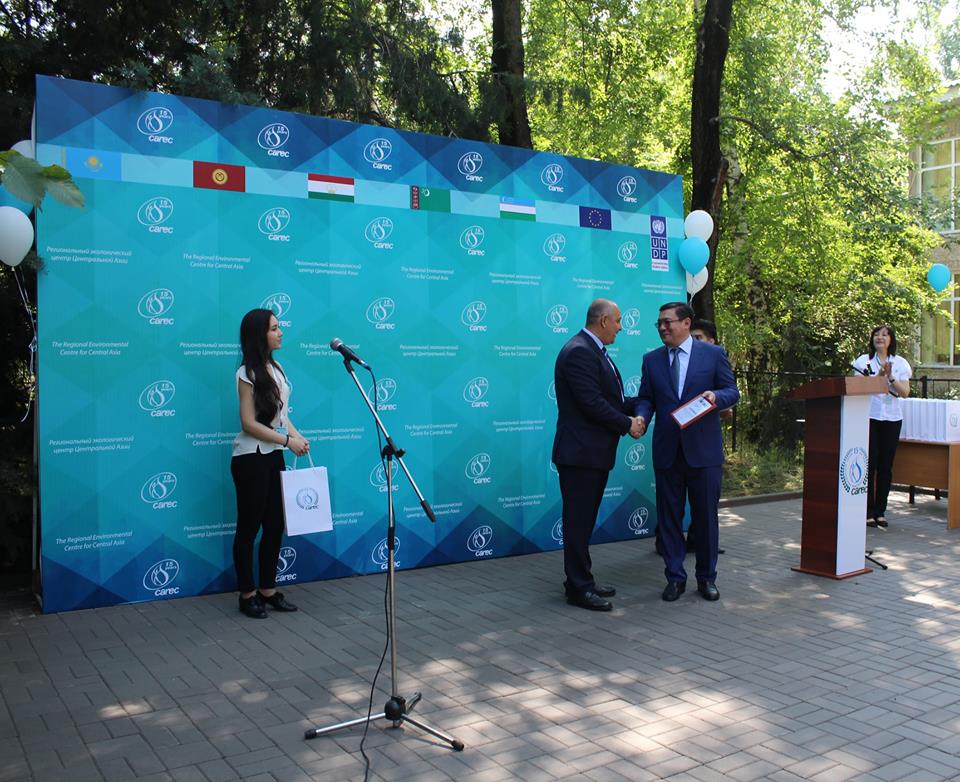 Video clip on the 15-anniversary of CAREC