German experience for Uzbekistan: study tour from the UzWaterAware project On May 4-13 CAREC organized a study tour to Germany for 19 participants representing governmental and non-governmental organizations, and mass media. The tour was held within the UzWaterAware project (Raising Awareness and Partnership for Sustainable Water and Environment Development in Uzbekistan. Component 3) funded by the European Union.

Germany has extensive experience in managing the country’s water resources, a very active environmental NGOs, strong legal framework addressing water resources in line with the EU water legislation and regulations and experiences in involving the public in dialogues on water management and treatment. The main aims of study tour were to learn about experiences of interaction and constructive dialogue with representatives of relevant ministries and agencies, civil society organization, the private sector, journalists, and media representatives, as well as the practices applied by the above-mentioned organizations in working with the population on the issues of efficient use of water resources and environmental protection. New knowledge is supposed to give the participants new tools for applying in their further work.

During the tour, the group visited 5 cities and had 10 meetings with representatives of government, public and private sectors, academia and research organizations. In addition, two demo-tours on city canals and rivers were included in the programme.

Who did the group meet and what new did they learn?

The first meeting was held in Berlin in the Federal Ministry for the Environment, Nature Conservation and Nuclear Safety. Participants learned not only about the role of the ministry in the country and European Parliament but also about the ongoing projects in Uzbekistan and potential support in development and knowledge sharing.

“This meeting was very informative. Especially taking into consideration the fact that our organization implements two projects in Uzbekistan, mentioned by Mr Jurgen Keinhorst,” noted Ms Elena Kan, representative of NGO “KRASS” (Urgench). “I saw a good interest to them from the journalists. Now we will start cooperating with mass media more actively and sharing the progress of the projects.”

Then, participants visited two water stations of Berlin: on wastewater treatment and drinking water supply of Berliner Wasserbetriebe. During the visit, they learned about the history of sewage and the treatment system of the city, the full process of water treatment, new technologies and tariffs. During the meeting with Deekeling Arndt Advisors company, the delegation from Uzbekistan learned more about the process of “building bridges” between various sectors – government, public and private. Arndt Advisors company created a unique platform for dialogue, and participants heard some “success stories” of such dialogues.

“In my opinion, we need such company in Uzbekistan which could unite ministers, deputies, scientists, entrepreneurs, mass media, NGOs and environmental activists on one platform and direct their dialogue to the constructive stream. I hope that such processes will start soon in our country, including support of German experts,” shared his impressions blogger from Uzbekistan Yevgeniy Sklyarevskiy.

The tour participants had the opportunity not only to talk with representatives of German organizations but also to take part in an interactive exercise to promote the UzWaterAware project. The representatives of the Scientific and Research Wuppertal Institute for Climate, Environment and Energy in Berlin divided all into three groups. Groups had to present the aims and goals of the project to three sectors and mass media for further promotion and possible funding.

Next participants met the Water Integrity Network. The company presented their projects in the sphere of transparency and anti-corruption in the water sector. Moreover, they spoke about the contribution which each participant can make on the sphere of water management in the country. Later on, a meeting was held with the team of the Institute for Advanced Sustainability Studies (IASS) in Potsdam. Participants discussed the renewable energy sources and their role in the water sector, the impact on the water sector by nuclear energy. Institute specialists also presented the researchers they did on these topics.

Another interesting meeting was held at the one of Fraunhofer Centers for International Management and Knowledge Economy IMW in Leipzig. The participants learned about the contribution of the centre to the development of additional education in the water sector in different countries. Specialist of the centre also told about their experience in interacting with the public sector and the role of the population in their researches and projects. The Fraunhofer Center staff once again mentioned the German experience for adaptation and implementation in Uzbekistan and Central Asian region.

Also, a meeting was organized with CAREC partner – Bremen Overseas Research and Development Association BORDA which became a follow-up event of the training held in Tashkent in March 2019. The participants discussed the organization’s activities in water supply and sanitation, projects in various countries and regions, the achievement of SDG 6, as well as NGO experience in cooperation with international organizations and donors, opportunities for cooperation with colleagues from Uzbekistan.

The final meeting within UzWaterAware study tour was held at the former coal mine Zollverein in Essen. It represents a unique case of transformation of mine into cultural sightseeing. During excursion around the former mine, the delegation from Uzbekistan was told about the impact caused by a mine on water resources and environment of the city in previous years. It should be noted that the mine was closed in 1986, and it was converted into a place for tourists to visit in 1989. Today about 1.5 million tourists visit this landmark annually, it is also included in the UNESCO World Heritage List. 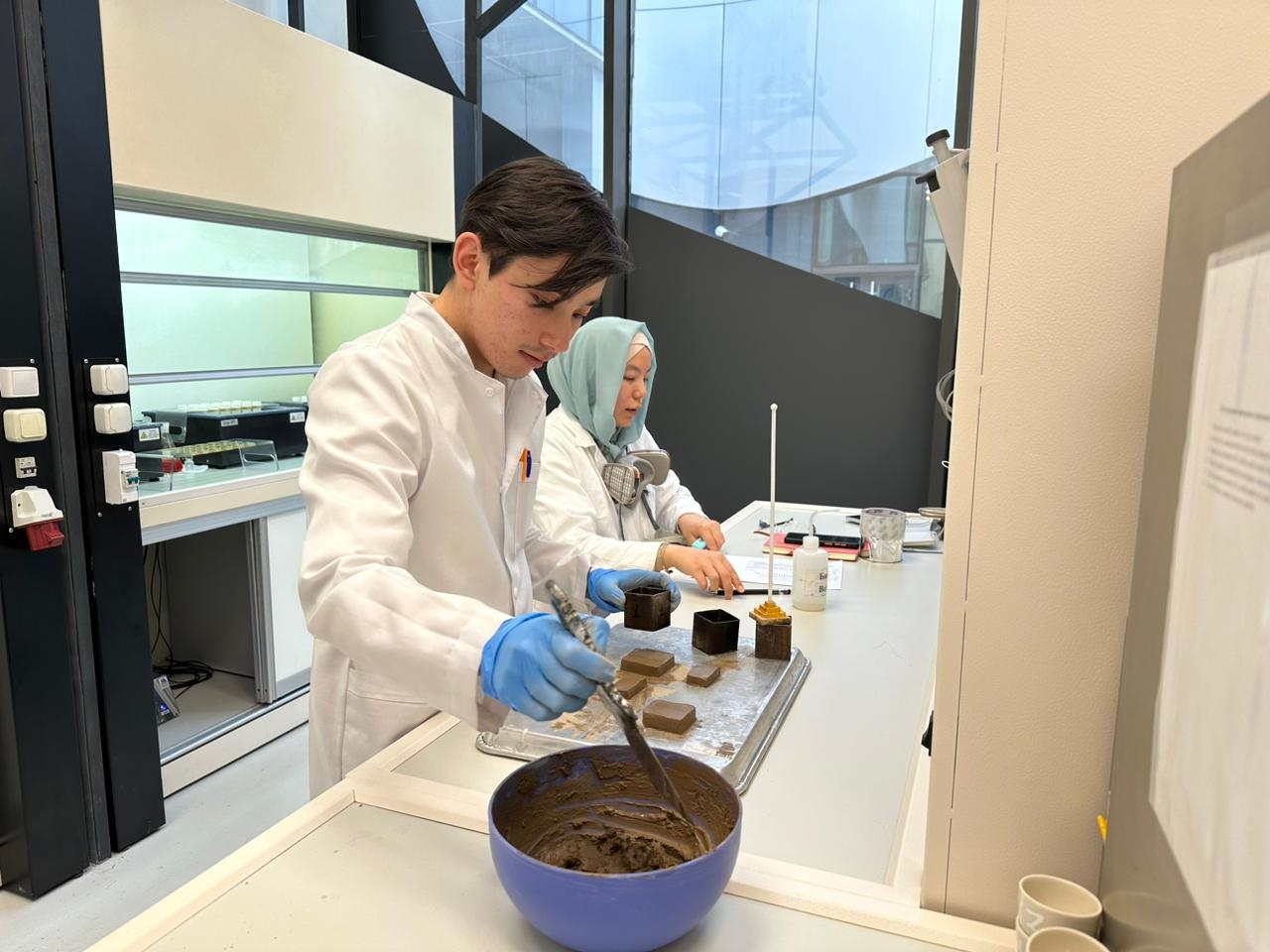 It is important to point out the following common topics discussed during each meeting: the importance of efficient use of water resources, reduction of water consumption and renewable energy sources, achievement of SDG 6, researches and innovations in water sector, accumulated experience of Germany and it’s use for Uzbekistan and Central Asia. Answering the most frequently asked questions about “how Germany managed to reduce water consumption and change the attitude of population to water” and summing up the study tour, the Senior Fellow at the IASS and international expert of UzWaterAware project Mr Heinrich Wyes stressed the following:

“The efficient use of water – both for personal as well as for agricultural or industrial use is always a combination of three factors – (i) education in early years about the limits of the availability of natural resources, (ii) awareness about the imminent beauty of those resources and (iii) pricing of water in a way which takes into account the real costs of environmental resources. Putting a price on water taking into account social, economic, and environmental considerations is desired. There is a cost in making water available for people to use. That price, however, should be defined in the given context, as water quantity and quality differs between location. Water pricing can be considered at two different levels; firstly, charges for the water resources, and secondly, charges for the water services. One should aim at setting a price which compensates for any damage done to nature while consuming it.”