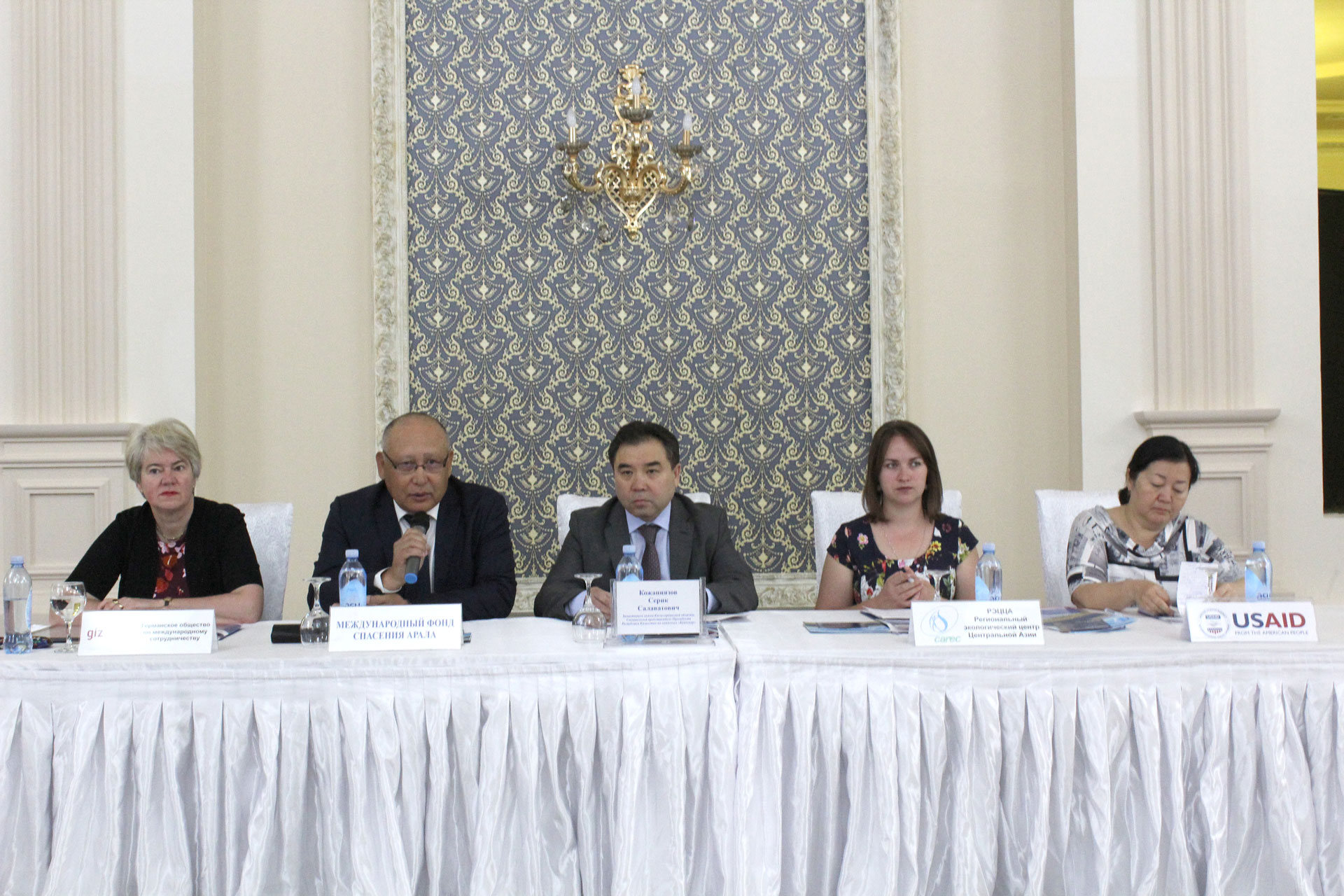 KYZYLORDA. On May 24, on the occasion of the 25 anniversary of the International Fund for Saving the Aral Sea (IFAS), the international scientific and practical conference “The Aral Sea in the stream of modern history” took place. The conference was organized by the Executive Directorate of IFAS in Kazakhstan and supported by the Smart Waters project, which is implemented by CAREC with the financial support of U.S. Agency for International Development (USAID) and by GIZ program on Transboundary Water Resources Management in Central Asia. The Conference was organized as part of the regional expedition around the North Aral Sea, organized by GIZ and the regional demonstrational tour, which is organized within Smart Waters project.


The conference was held in the spirit of constructive dialogue on the problems of Aral Sea. Participants were sharing their experience gained during the expedition and demonstrational tour, suggesting the possible ways of strengthening the regional cooperation in Central Asia and Afghanistan. Some of the ideas on further collaboration were suggested: to organize the comprehensive research within the basin, starting from the upstream countries, where the flow is forming (Afghanistan, Kyrgyzstan and Tajikistan), and down to the main irrigated lands of the basin (Kazakhstan, Turkmenistan and Uzbekistan).


The conference has proved once more that the countries of the basin already have everything for strengthening the regional cooperation, and first of all – strong support on the political level. Participants expressed their wishes that someday this region “from the region of environmental disaster will turn to the region of the sustainable development and prosperity”.
At the end of the conference, the ED IFAS announced the resolution, which promotes the necessity of the dialogue continuation, strengthening the multisectoral regional cooperation to provide sustainable development and improvement of environmental conditions in the Aral Sea Region. Participants supported this initiative.