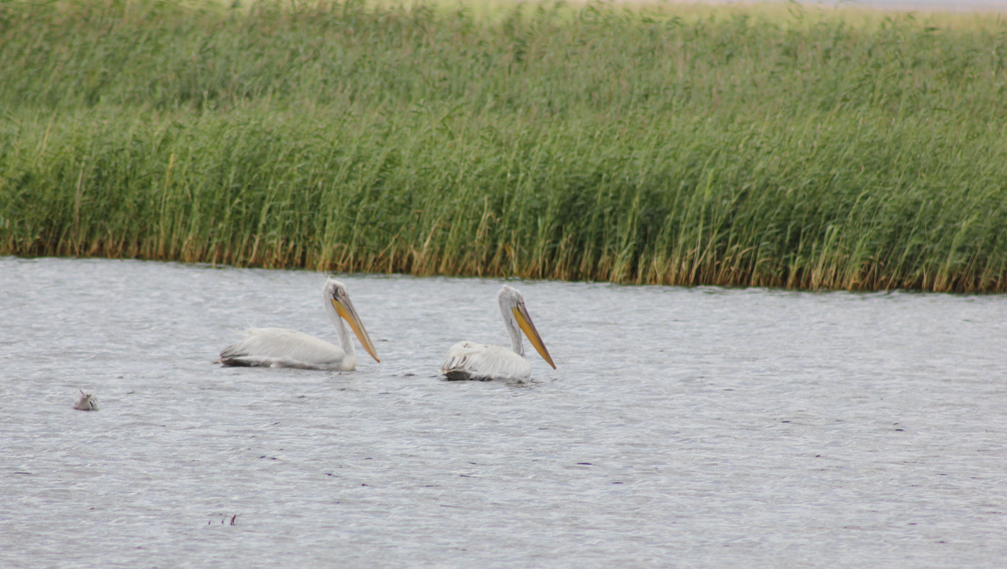 On March 30, the event aimed at raising awareness of the importance of wetlands among the local population was organized on the basis of the Korgalzhyn State Nature Reserve. It was the last event in the framework of the project of the Ramsar Regional Initiative for Central Asia (RRI-CA) “Update on the status of wetlands in Kazakhstan, Kyrgyzstan, and Turkmenistan by collection and dissemination of good practices for the conservation and sustainable use of wetlands by local communities”.

RRI-CA was established in 2016 to enhance regional cooperation and interaction on the conservation and rational use of wetlands for the effective implementation of the Ramsar Convention on Wetlands at the national and regional levels. Following the internal agreement between the Ramsar Convention Secretariat and CAREC, RRI-CA technical secretary is based at CAREC Headquarters.

The territory of the Korgalzhyn reserve protects the Teniz-Korgalzhyn lakes system. A lot of shallow fresh, brackish and saline water bodies in Northern Kazakhstan present a wetland of international importance. Teniz-Korgalzhyn lakes were included in the Ramsar List in 1976. Lake Teniz, the largest of the reservoirs of the system, was included in the list of the international organization "Living Lakes", which includes the world's unique lakes. The Ramsar site of the Teniz-Korgalzhyn lakes system is an Important Bird and Biodiversity Area (IBA), located in the steppe zone of the Central Asian-Indian and Sibir-East African migration routes of migratory birds. The wetland provides necessary living space for Asia's largest waterbird population. In 2008, Korgalzhyn reserve in the nomination "Saryarka-steppes and lakes of Northern Kazakhstan" was included in the UNESCO World Heritage List. In 2012 the reserve was recognized by UNESCO as the first biosphere reserve in the Republic of Kazakhstan. This year the Korgalzhyn Reserve celebrates its 50th anniversary.

Besides, a contest of schoolchildren's drawings and essays on the topic "Let’s save motherland wetlands" was held among Korgalzhyn students. The main goal of the contest was to increase the knowledge of students about the importance of Korgalzhyn region wetlands in the conservation of biodiversity and to form an active civic stand.

The results of the competition were presented in the first part of the event, which took place in the administrative building of the Korgalzhyn reserve. Also, the contest "Young experts of nature" was held with the participation of two teams of schoolchildren "Pelicans" and "Flamingos".

The second part of the event in the Korgalzhyn reserve was aimed at raising awareness of the role of wetlands in the life of the local population and the need to involve civil society in the conservation and management of wetlands. Zhanel Karina, RRI-CA technical secretary, spoke about the implementation of the Ramsar Convention and RRI-CA activities. It was underlined that the Ramsar Strategic Plan 2016-2024 requests that “the traditional knowledge, innovations and practices of indigenous peoples and local communities relevant for the wise use of wetlands and their customary use of wetland resources are documented, respected, subject to national legislation and relevant international obligations, and fully integrated and reflected in the implementation of the Convention, with a full and effective participation of indigenous peoples and local communities at all relevant levels". Increasing the awareness of decision-makers at different levels and the local population about the value of wetlands is one of the priority activities of RRI-CA.

The national expert of the project Adilbek Kozybakov presented the results of the project and the summary on the basis of the developed manual "Update on the status of wetlands in Kazakhstan, Kyrgyzstan, and Turkmenistan by collection and dissemination of good practices for the conservation and sustainable use of wetlands by local communities". Based on the survey among local communities, their awareness and understanding of wetlands value, wetland ecosystem services and importance of the conservation and sustainable use of wetlands was revealed. It was revealed that wetlands provide fresh water, feed local population, provide a source of income and influence the well-being of the local population, provide habitat and migration of birds, serve as a place for recreation and eco-tourism and present a part of the cultural heritage.

Ruslan Urazaliev, a researcher of the Association for the Conservation of Biodiversity of Kazakhstan, prepared a training for local representatives of the administration, hunters, fishermen, hosts of guest houses and staff of the nature reserve on conservation and sustainable use of wetland resources. During the training, general principles for the conservation and sustainable use of wetlands were presented, successful practices of involving the local population in the conservation of wetlands in Kazakhstan (on the example of the project aimed to support local initiatives in the preservation of IBAs) were highlighted, and the existing problems for the wetlands of the region were discussed. Together with the participants of the event the main problems for the wetlands of the region were highlighted: drying up of water bodies (natural or as a result of excessive water abstraction), contamination of solid waste, poaching by networks, alien species of fish, poaching to waterfowl.

In the final part of the event, the national expert of the project Mr Kozybakov raised the issues of public participation in the decision-making process on environmental issues, including wetlands, and proposed the creation of a permanent public council for the management of wetlands, which would include representatives of the local population. Participants of the event from the local community underlined that they had not previously been involved in the decision-making process on issues of conservation and management of wetlands, and this proposal is new for them, but in general they expressed interest in their engagement.

The event at Korgalzhyn nature reserve in Kazakhstan was the last one in the framework of this project. Previously, the other activities, devoted to World Wetland Day (February 2), were conducted with the participation of local people in Kyrgyzstan and Turkmenistan. In particular, measures were taken to clean the coastal zone of Lake Issyk-Kul and Chatyr-Kul from solid waste and fishing nets and an event near the city of Turkmenbashi with the participation of employees of the reserve, city administration and interested users of wetland resources.