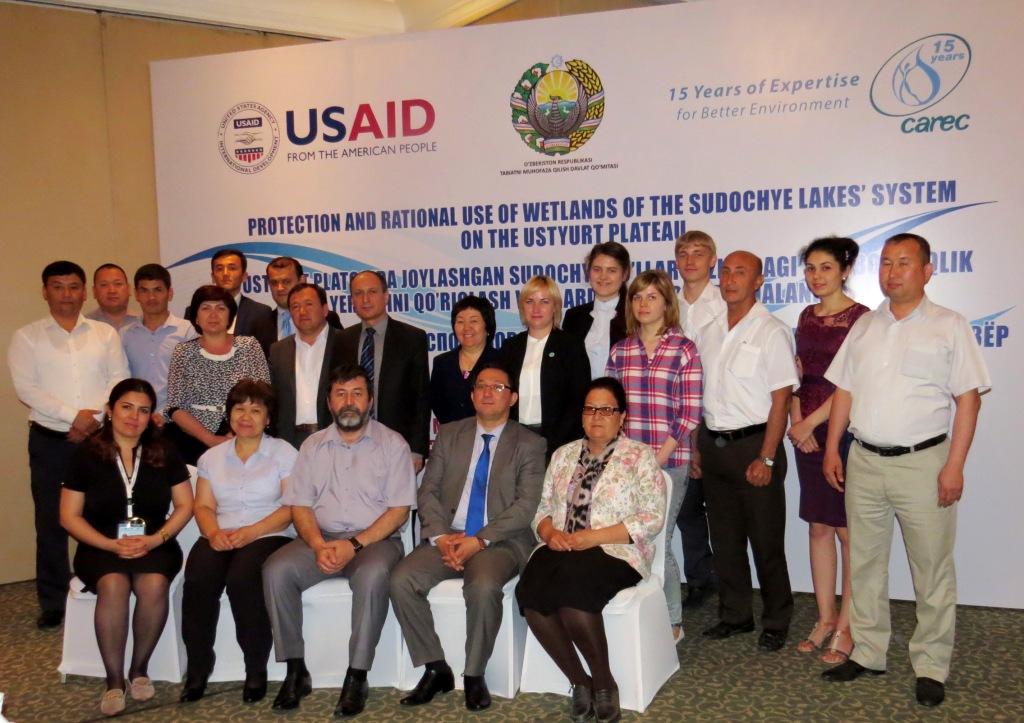 On 13 May 2016, in «Wyndham Tashkent» hotel in Tashkent experts on environmental protection were brought together to participate in the final national seminar on the results of the project "Protection and rational use of wetlands Sudochye lake system on the Ustyurt plateau". The project was implemented within the framework of the regional project of the Regional Environmental Centre for Central Asia (CAREC) "Stakeholder Partnership in joint development policies: Promoting cross-border cooperation on small watersheds in Central Asia" funded by the US Agency for International Development (USAID).

The project was implemented as per the Resolution of the Cabinet of Ministers №255 from 29.08.2015 "On the Comprehensive Program to mitigate the Aral Sea disaster, rehabilitation and socio-economic development of the Aral Sea region”. The main partner of the project in Uzbekistan is the State Committee of the Republic of Uzbekistan for Nature Protection.

The main purpose of the project was to strengthen the cooperation of major stakeholders for an effective management of wetlands on the example Sudochye system of lakes. This experience is planned to be extended further in Uzbekistan and Central Asian countries.
The project bore a pilot character, the main achievements and innovations were discussed during the final seminar: implementation plan to enhance the efficiency of management and sustainable use of biological resources of Sudochye system of lakes, and the use of geo-information technologies in the management of ecosystems on the example Sudochye.
In addition, the project initiated the organization of a unitary enterprise "Muinak aqua sanoat" to manage three lakes downstream Amu Darya ("Zhaltyrbas", "Sudoche" and "Fishing" Muinak district of the Republic of Karakalpakstan). The main goal of the enterprise is enhancing the reproduction of fish stocks through organizing “sustainable fishery” and creation of new workplaces, which is fully consistent with the national program to support fish farming.

The continuation of the activities in pilot area is one of the key factors of the sustainability of the project results. In order to support existing inspector services in Sudochye, as well as to ensure regular patrolling of the area, the equipment for inspectors was purchased within the project, such as: motor boat for inspection, solar panels to ensure uninterrupted power supply, 26 sets of special equipment for inspectors. A handover ceremony was held as a part of the final workshop to transmit the material to the national partners and the main beneficiary of the project - the State Committee of the Republic of Uzbekistan for Nature Protection.
The event was widely covered in the media - seminar attended by 14 representatives of the media, including “Channel 1” and “Channel Tashkent”.