The application for the photo contest is closed 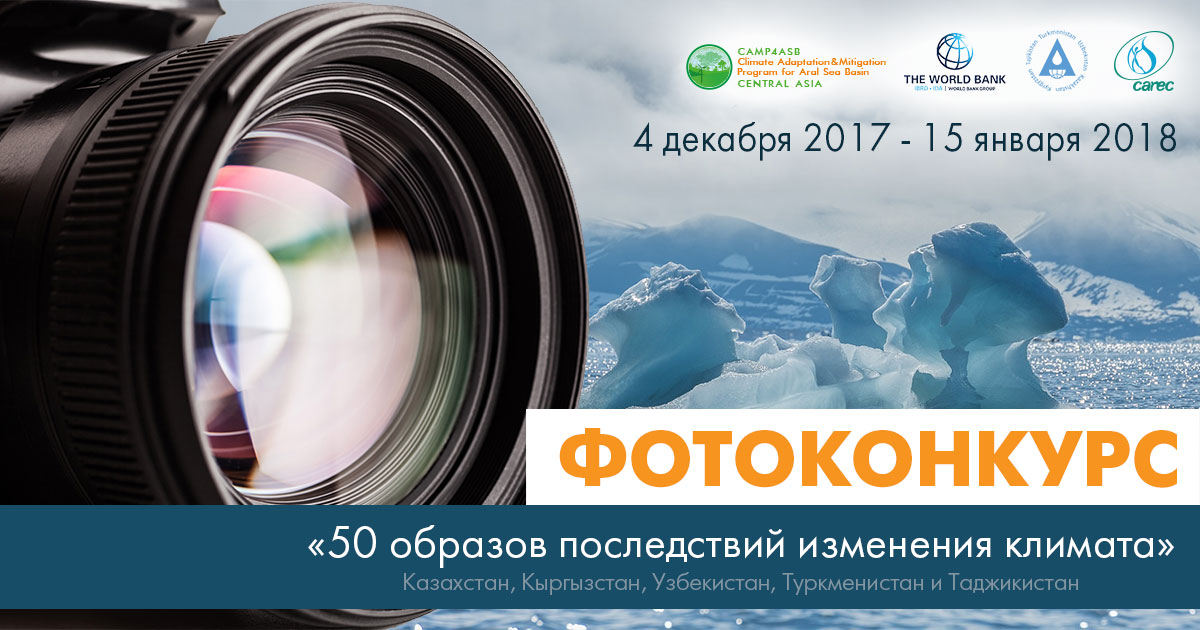 We remind you that the contest was held in the following categories:

At the end, 156 approved works were given for jury's consideration. We thank everyone for wonderful works and for interest in photo contest theme!

Our jury has already started to work, from January 16 to 20 they will select 50 best works. And they will be presented at the photo exhibition during the Central Asian Conference on Climate Change from 24 to 25 January 2018 in Almaty.

The jury members are:

Manager of the Department of Knowledge Management, Projects and Resources of CAREC - Shahboz Ahmedov

In addition, in each of the three categories, the jury will identify winners, which will be awarded valuable prizes during the conference.

The works are evaluated according to the following criteria:

· The plot of the photo corresponds to the determined nomination

· Technical quality of a photo

· Originality of the name of the photo

Winners will be announced on January 20th! Stay tuned to our website and social networks!