Strengthening the cooperation between CAREC and partners in Turkmenistan. Sustainable Development as a priority

The CAREC project office in Turkmenistan began working in 2014, after a memorandum on cooperation was elaborated with the National Institute of Deserts, Flora and Fauna of the Ministry of Agriculture and Environmental Protection of Turkmenistan. It is worth noting that since its establishment, the project office has made a significant contribution increasing the potential of Turkmenistan’s environmental protection specialists.  Regular trainings and meetings are held with the support of national and international partners. Furthermore, the office contributes to the formation of delegations for the Central Asian Leadership Program, Central Asian International Environmental Forum, Central Asian Climate Change Conference, as well as global environmental events. 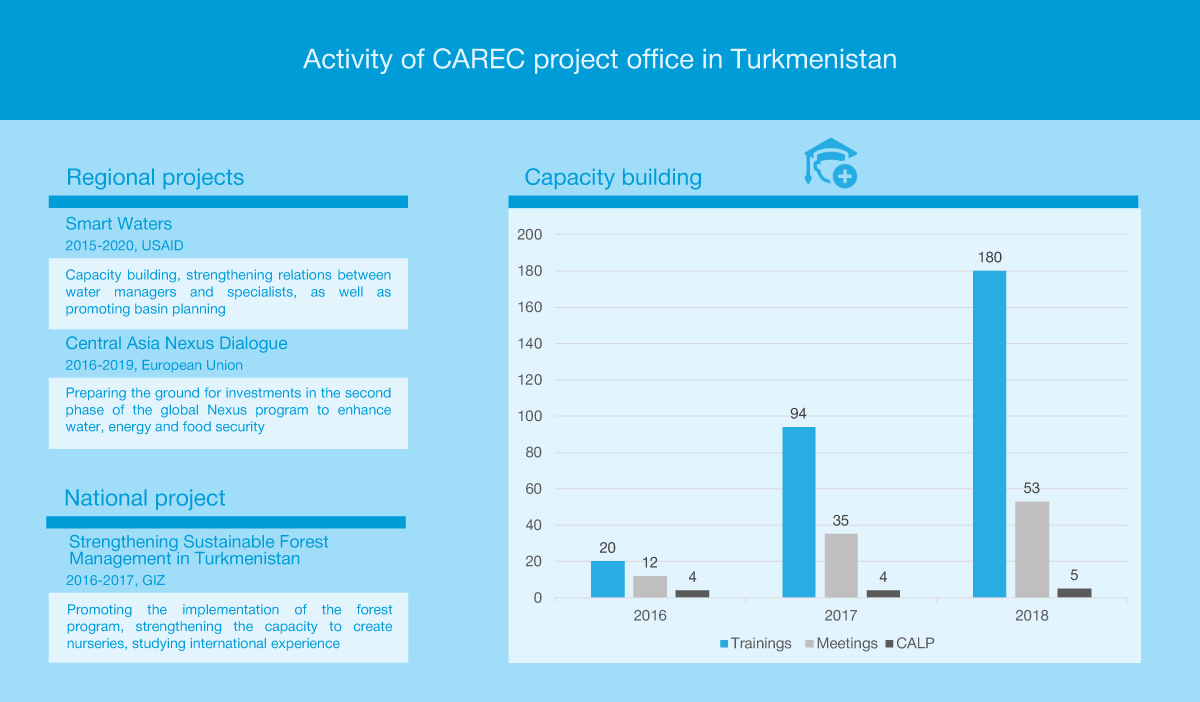 It should be noted that within its new 2025 development strategy, CAREC aims to focus its activities on national priorities and programs. On the 22 of February, CAREC held a meeting with national and development partners in Ashgabat in order to identify the needs of Turkmenistan and areas where cooperation could be further developed.  The meeting was attended by representatives of the State structures of Turkmenistan, of relevant agencies of the country, representatives of the academic sector and civil society. International development partners were also present: USAID, EU, OSCE, GIZ, EC IFAS, as well as some of UN programs and projects. During the meeting, CAREC specialists presented the results of their activities in Turkmenistan. National and development partners spoke about the work being carried out, and their visions for further strengthening cooperation.

Mr Вerdyev Berdy, head of the Department of International Environmental Cooperation and Project Coordination of the Ministry of Agriculture and Environmental Protection of Turkmenistan, noted that combating desertification and protecting the environment are closely related to the climate change process. For this reason, Turkmenistan pays special attention to addressing issues related to climate change. Mr Berdyev also noted that national ministries and departments are at present discussing the contribution of Turkmenistan in achieving the sustainable development goals for 2019. 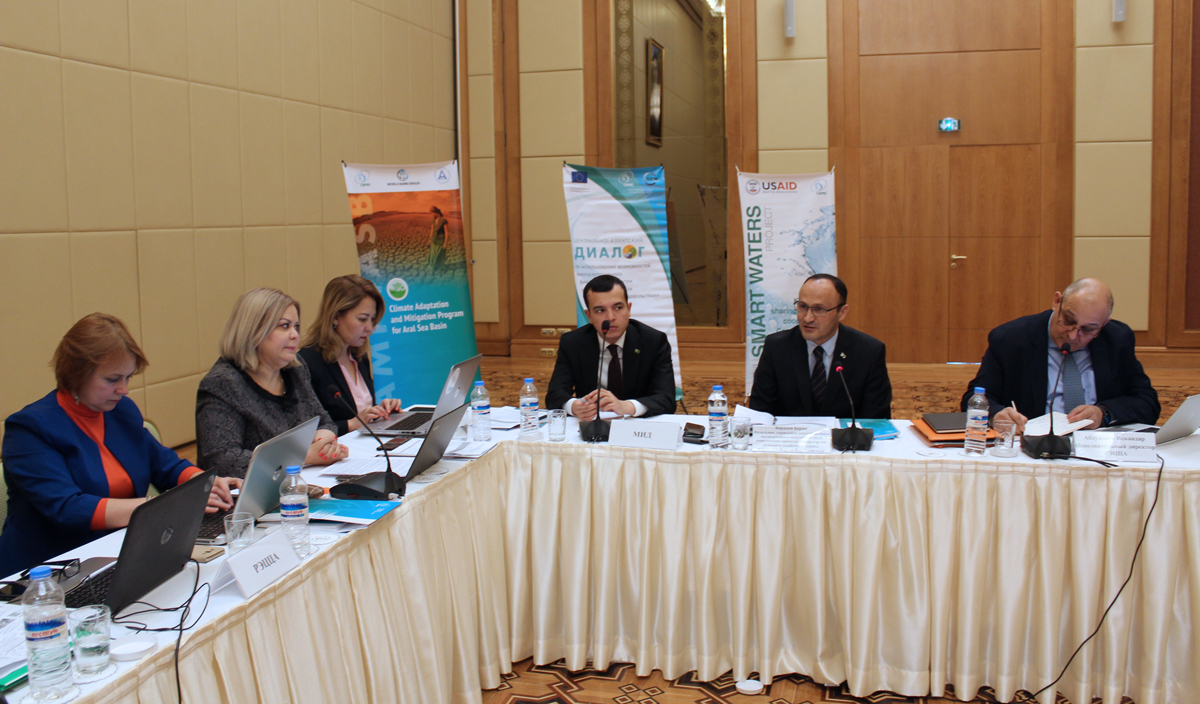 After the discussions, the parties identified priority areas for the development of partnerships: the efficient use of water and land resources, the introduction of renewable energy sources, adaptation to climate change and the fight against desertification and land degradation. For each of these categories, participants identified the specific needs of the country: exchange of experience, capacity building, introduction of modern technologies and support for young leaders.

The representative of the Youth Union of Turkmenistan (named after Makhtymkuli), Rustam Mamedov, said that the members of the Youth Union are actively involved in webinars and trainings conducted by CAREC and international partners. Quality education, acquisition of skills and leadership promotion are cooperation priorities, according to Mr Mamedov. “We can only wish for these partnerships to continue successfully”- concluded Rustam Mamedov.

A special attention was paid to raising public awareness. It was noted that the attitude towards natural resources in households and on farms is greatly important. In this regard, there is a need to promote access to information on the rational management of the environment, as well as adaptation to climate change.

Lubomir Frebort, representative of the contact bureau of the European Union in Turkmenistan, spoke about the work of the EU- Central Asia Platform for Cooperation on Environmental Protection and Water Ressources. He noted that in May or June 2019, the European Parliament will adopt a new strategy for EU interactions with Central Asia, including on environmental issues. As part of these activities, the EU holds consultations in Turkmenistan, under the coordination of the Ministry of Finance and Economy. Mr Frobert noted that the EU highly appreciates the efforts of Turkmenistan in IFAS to develop ASBP- 4.

In addition, development partners emphasized the need for the active involvement of Turkmenistan in international processes. Development partners expressed their readiness to support the participation of Central Asian delegations in the negotiating processes of international conventions. The parties agreed that the countries of the region need to strengthen the potential of diplomatic negotiations: to study the technique and form networks of experts. CAREC specialists suggested using existing dialogue platforms (CACCC, MFA and Parliamentarian meetings), as well as online meetings to work in this direction.

The participants agreed that an exchange of views will make cooperation more efficient.” At present, the processes associated with the environment are fleeting. They require answers without delay. Accordingly, the CAREC offices should introduce innovations and promote the region, as part of a global processes, and its interests. The project office of CAREC in Turkmenistan has done an enormous amount of work, and plans to create a scientific cluster trough cooperation with the Institute of Deserts”, - CAREC Executive Director Dr Iskandar Abdullaev said in his closing speech.

Most importantly, the meeting showed that the interest of national partners and development partners coincide. It is worth noting that CAREC has scheduled a series of similar meetings in all countries of Central Asia.