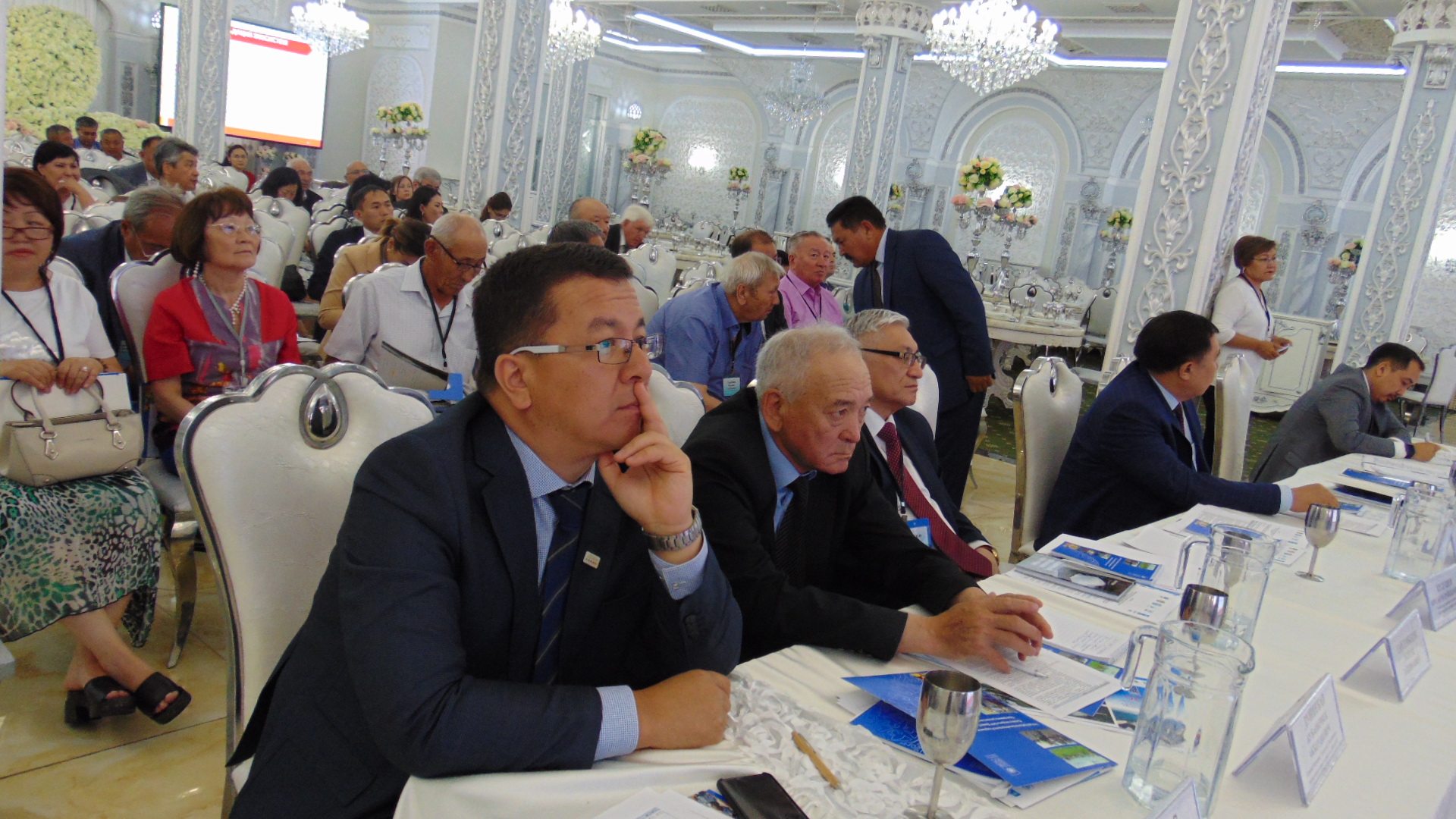 TARAZ. On June 27, an international conference dedicated to the 90th anniversary of the first protocol on water sharing of the Talas River between the Kyrgyz Republic and the Republic of Kazakhstan was held. The conference brought together representatives of regional administrations, specialized agencies, water sector specialists and representatives of the scientific community from Kazakhstan and Kyrgyzstan. The parties discussed the history of water cooperation in the region, current accomplishments, challenges, as well as a strategic action program for the Chu and Talas river basins.

The event was supported by the GEF-UNDP-UNECE project "Enabling Transboundary Cooperation and Integrated Water Resources Management in the Chu and Talas River Basins". Also, joint CAREC-USAID project Smart Waters participated in the conference.

In 1925 in the city of Auliye-Ata (present Taraz) the first protocol of the meeting of the Parity Commission for the Regulation of Water Use Issues between Kyrgyzstan and Kazakstan was signed. "Back in those years, the foundation of bilateral cooperation was set with the principle of transparent water sharing. Two republics sat down at the negotiating table and agreed to distribute water according to the area of irrigated territories  "explained Gulmira Satymkulova, the head of the Kyrgyz part of the Secretariat of the Chu-Talas Water Commission.

At the moment in the basin of the river, there is a joint Kazakstan-Kyrgyzstan Talas Basin Department of Water Resources and the Chu-Talas water commission, which is aimed at strengthening cross-border cooperation.

The Talas Basin Department of Water Resources distributes irrigation water along the river basin in proportion to the volume of water received, according to the water content of the rivers. There are more than 100,000 hectares of irrigated land in the region. The length of the canals is more than 500 kilometres.

Among the key challenges in the field of water resources management in the region: low water use efficiency, obsolete material and technical base of water resources, the insufficient status of profile agencies and a shortage of personnel. The specialists explained that all these tasks are being carried out. For example, with the support of the CAREC-USAID Smart Waters project, professional technical standards for future water conservancy specialists are being developed.

A separate session at the conference was devoted to the management of the water resources of the Kurkereusu river, organized by CAREC with the support of USAID. Members of Kurkureusu small basin councils from the Kazakh and Kyrgyz sides and experts from the Smart Waters project have presented the situation on the river to the conference participants.

The flow of this river is completely formed in Kyrgyzstan, further, the river flows through the territory of Kazakhstan. Kurkureusu is a tributary of the Assa River basin of the Talas River. The basis of the economy in the region is agriculture.

Currently, a basin plan separately for the Kazakh and Kyrgyz parts is being developed within the CAREC-USAID Smart Waters project. Specialists of the project noted that the hydrotechnical assessment of canals, economic, social, environmental and hydrological assessments have already been completed on the river. "There are issues that need to be resolved at a high governmental, state level. Starting with Small Basin Councils in the field, and at a high level through interstate basin councils," stressed the director of the CAREC office in Kazakhstan, Shynar Toilybayeva. The integrated assessment revealed the following gaps in the water resources management in the river basin: low share of use of water saving technologies in the irrigation, wear out of water channels, lack of modern automated water measuring, the imperfection of the water management financing mechanism and low development of agricultural cooperatives.

The main problem of the Kurkureusu River Basin is the water deficit during the irrigation season. For a long time, countries couldn't come to a compromise. In order to facilitate the dialogue, in 2017, small basin councils were established on the Kazakh and Kyrgyz parts of the Kurkureusu River within the Smart Waters project. They included farmers, members of the countryside and regional administrations, veterans, teachers, media representatives, NGOs, and ecologists.

It is worth noting that the proposals made by the members of Kurkureusu SBC were included in the protocol and will be taken into consideration. "The goal of the CAREC and USAID project is to provide a platform for dialogue. The project will last 2 years more, during this time we can establish a good dialogue. Today, at the conference, the parties have already agreed to hold a joint dinner and openly discuss common issues, find some solutions, "said Meder Seytkasymov, the director of the CAREC office in Kyrgyzstan.

The conference ended on a positive note. The parties wished each other to maintain a constructive dialogue and strengthen cooperation. The discussion continued in an open atmosphere at a gala dinner.