ALMATY – The first regional meeting within the “Promoting dialogue for conflict prevention related to the water nexus in Central Asia: Central Asia Water Nexus Cooperation Project (CAWECOOP)” was held in Almaty on 14 of March 2016.

National partners from all the five Central Asian countries representing Ministries and Agencies on water resources management and environmental protection as well as representing academia, the EU Special Representative for Central Asia, EU Delegations in Central Asia, Regional organizations (IFAS) agreed on the project's work plan for the first year of implementation. 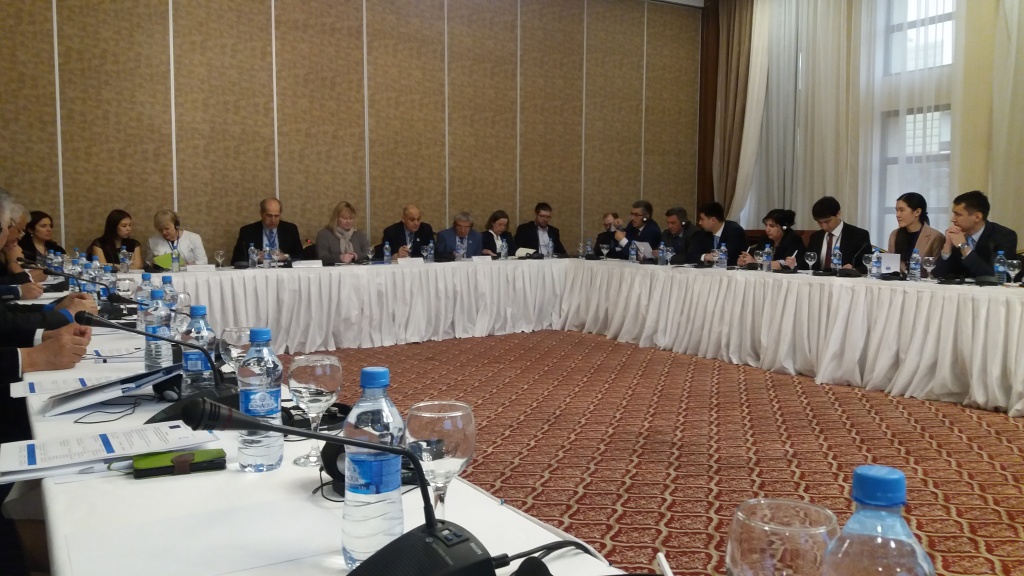 Mr. Peter Burian, the EU Special Representative for Central Asia,  welcomed participants with opening remarks noting that regional cooperation in Central Asia should include political, technical and institutional elements and help to address concrete challenges the region facing. Mr. Burian also expressed confidence that the goal of this project will be achieved and these concrete problems will be addressed soon by bringing forth practical solutions that will be beneficial to both Central Asia states and the EU. EU Special Representative also highlighted that while it is interesting to see the results, the process itself is also very important and significant in tackling challenges. Because it gives the opportunity to get to know each other, to improve relations, exchange experiences that are vital to achieve set project end-results. Mr. Burian also specified the opportunity to find ways of bringing together EU Member States with Central Asian partners for combining ideas where perhaps some European experiences and best practices can be exchanged. At the end of his opening remarks, Mr. Burian thanked CAREC and his EU colleagues who have been involved in the preparation process of project and expressed his interest to hear brainstorming ideas and the results of national planning meetings.

On behalf of the hosting country of the kickoff event, the welcome speech was also given by Ms. Olga Suvorova, Deputy Director of the Department of ecology monitoring and information, Ministry of Energy of the Republic of Kazakhstan. Ms. Suvorova mentioned that inter-governmental use of water resources in Central Asia should be based on international Conventions or framework agreements,  and  also underlined that the EU-CAREC project is in line with national priorities of Kazakhstan.

Dr. Iskandar Abdullaev, CAREC Executive Director, welcomed participants and EU encouraging them to actively participate in the discussion and provided all with the suggestions and recommendations for improving the work plan of the project.

The meeting was full of very interactive discussions and resulted in updating the Work Plan for the 1st year of implementation considering all comments from national consultation meetings in the five Central Asian states. This regional kick off meeting ended with the unanimous decision to commence the implementation phase of the project.

This meeting was organized by the Regional Environmental Center for Central Asia (CAREC) in the framework of the EU-funded project “Promotion dialogue for conflict prevention related to water nexus in Central Asia. Central Asia Water Nexus Cooperation (CAWECOOP)”.