The workshop was opened by Mr. Nuriddin Nuraliev on behalf of the Executive Office of the President of the Republic of Tajikistan. He welcomed the participants and reminded about vulnerability of Tajikistan to adverse impacts of climate change, which are characterized by complicated socio-economic conditions, poverty and high dependence of the country’s economy on migration and remittances. Mr. Nuraliev emphasized the importance of the project and its science-based evidence. The latter will definitely promote an effective decision-making for sustainable development in the context of climate change.

Mr. Nurullo Mahmadullozoda, Deputy Minister of Labor, Migration and Employment of the Republic of Tajikistan, noted that the increase in the frequency of natural disasters and environmental degradation, which are currently observed in Tajikistan are to the most extent driven by climate change. This in turn leads to a number of social challenges. He underlined the innovative nature of the research project for Tajikistan, especially in the face of its strong correlations between remittances and adaptation to climate change. Mr. Mahmadullozoda assured the support of his team at the Ministry to successfully implement the project and emphasized its importance to address climate challenges common to Tajikistan and Senegal.

Mr. Muzaffar Salimov, welcomed the participants on behalf of the Committee for Environmental Protection under the Government of the Republic of Tajikistan and briefly informed about state policies and measures adopted by the Government of Tajikistan to meet the commitments undertaken on climate change and environmental protection at the national level. Mr. Salimov expressed his hope that the research project, which is about to be introduced at the workshop will complement existing initiatives and projects to tackle climate change and encouraged the participants to proactively participate in discussions. He also noted that Committee for Environmental Protection is ready to extend support to implement the research both at the national and local level.

Dr. Evans Kituyi spoke on behalf of International Development Research Centre of Canada (IDRC). He greeted the participants and expressed his gratitude to the Government of Tajikistan for the warm welcome. He noted that this project is unique, as the research collaboration between such countries as Senegal (Africa) and Tajikistan (Central Asia) can be a rolling model example of how two different countries may have common features towards development and climate change solutions. As such, the project provides an excellent opportunity to generate new knowledge on efficient use of remittances for climate-resilient future in arid and semi-arid countries.

About the role of the Regional Environmental Centre for Central Asia (CAREC) in research and its achievements in the field of sustainable development, water management and climate change in Central Asia for the last 15 years was discussed by Mr. Henry Wyes, Deputy Executive Director of CAREC. He noted that in the long term CAREC plans to strengthen the scientific element of all ongoing projects to ensure that the decision-making is referred to the climate-related evidence base. Mr. Wyes emphasized that the research outputs and methodology, which are to be formulated in case of Tajikistan and Senegal can be replicated to other countries of Central Asia, which share similar patterns of national development and climate challenges.

Key highlights of the workshop:

Finalize the research methodology in Tajikistan and Senegal. During the discussions additional pilot areas were suggested to be considered for field research and data collection. It was also proposed to take into account the recently published working papers and assessments (climate vulnerability mapping). Most of the materials are now available in the framework of the Pilot Program for Climate Resilience (PPCR) in Tajikistan.

Develop a joint working paper on migration, remittances, adaptation and resilience to climate change in arid and semi-arid regions of Senegal and Tajikistan. During the development of the working paper it was proposed to take into account the results of studies of other national and international initiatives being developed at the moment, which could further contribute to the analytical part of the paper. For example, it is necessary to consider the possibility of financial institutions and banks to participate both at the initial stage of data collection, and at the final stage (the formulation of recommendations). It is also important to include preliminary results of the interviews with key informants conducted at the national level.

Strengthen the vertical type of cooperation, using the principle national = local level. During the workshop participants expressed their interest in participation at the different stages of the research acting both interviewers and trainers. They were ready to share recent national data and information on economic development and climate change, which would be helpful for data collection and processing the survey results. Potential partners in the pilot sites are expected to be the representatives of the district departments of the Ministry of Labour, Migration and Employment, and the Committee for Environmental Protection with its local branches, as well as the representatives of local NGOs.

Capacitate and train interviewers to collect data in the field. Participants strongly encouraged the research team to consider ethics in the field, especially at the stage of the development of questionnaire. The interviewers should be cautious while asking questions to the households and focus groups in pilot sites to avoid any “uncomfortable” situations and interruptions during interviews. The interviewers should also make their best to completely fill-in the questionnaires and assure trust with respondents during interviews. Given the experience and capacity of the local NGOs in community-based surveys, the workshop participants recommended the research team to consider them (NGOs) as trainers.

By the end of the national workshop participants expressed their gratitude to CAREC and PRISE partners for the initiative in launching the project and emphasized the relevance of the research topic. Over 85% of all surveyed participants rated the event as "very useful", and they want to use the results in their professional activities. Other 15% rated the event as "sufficiently useful". Almost all participants expressed their interest in learning more about the project and are ready to further cooperation.

The project “Migration, remittances, adaptation and resilience to climate change in arid and semi-arid regions of Senegal and Tajikistan” is one of the research packages of PRISE. PRISE (“Pathways to Resilience in Semi-Arid Economies) is a multi-country initiative, which during five years will generate new knowledge about how economic development in semi arid regions can be made more equitable and resilient to climate change. PRISE is carried out under the Collaborative Adaptation Research Initiative in Africa and Asia (CARIAA), with financial support from the UK Government’s Department (DfID) and the International Development Research Centre (IDRC), Canada. 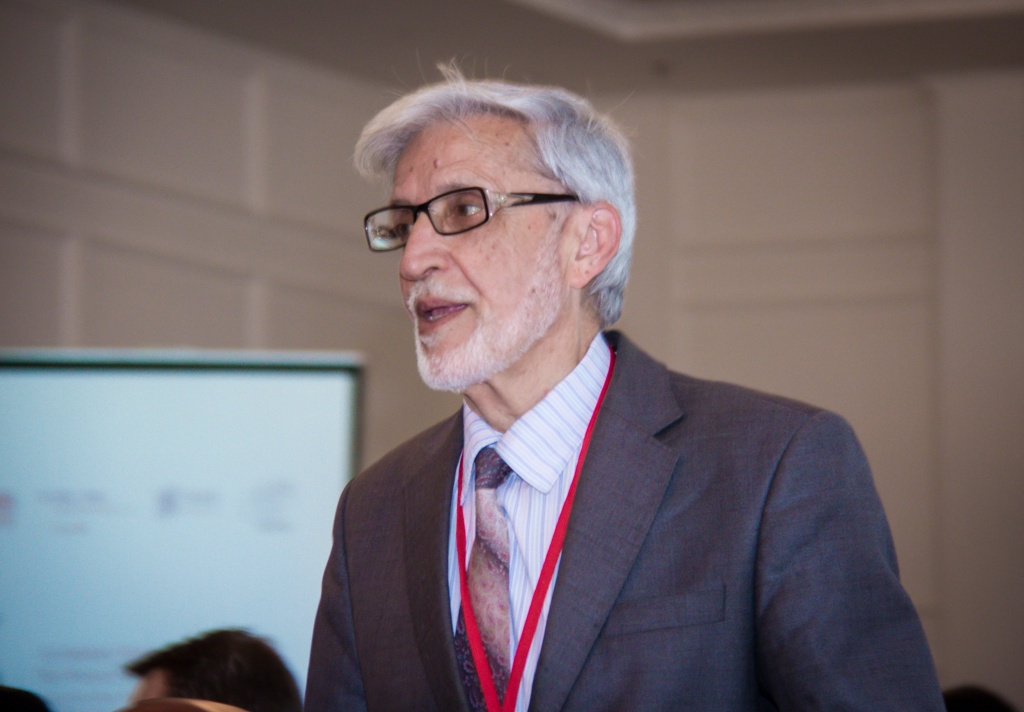 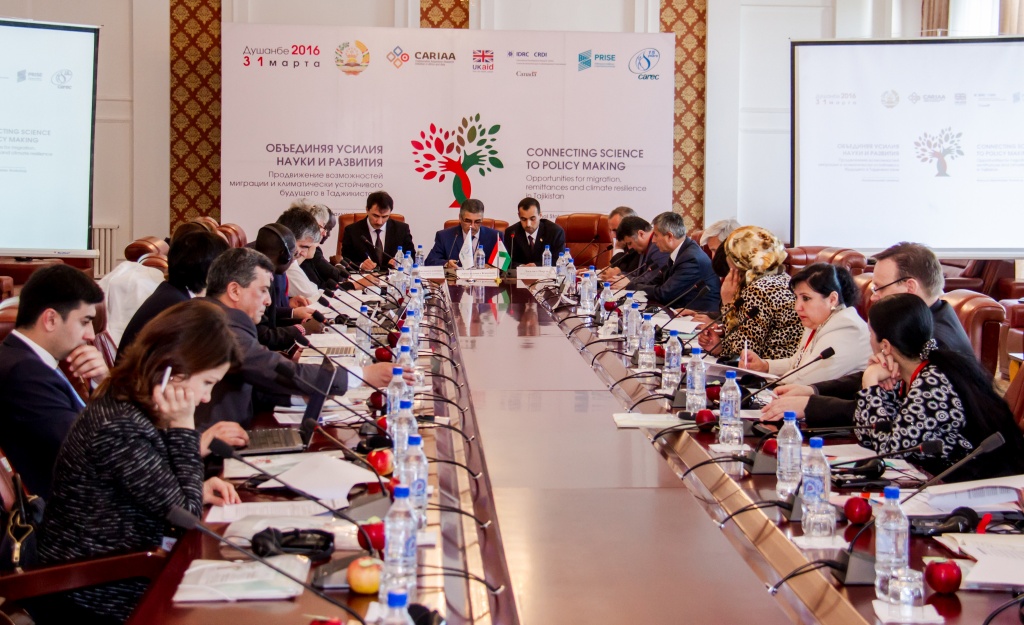 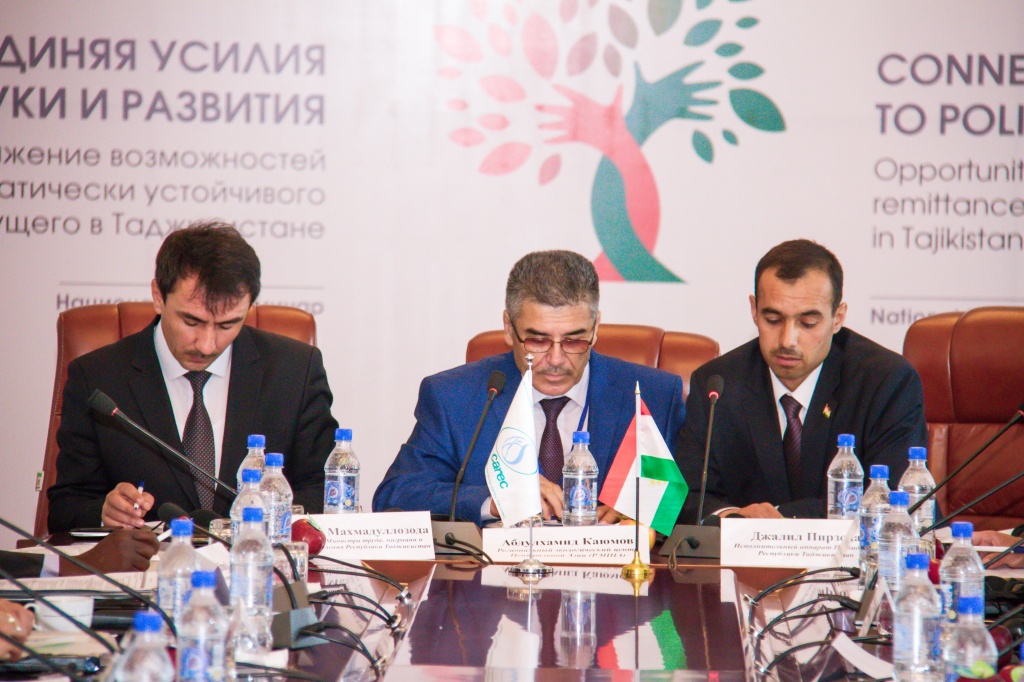 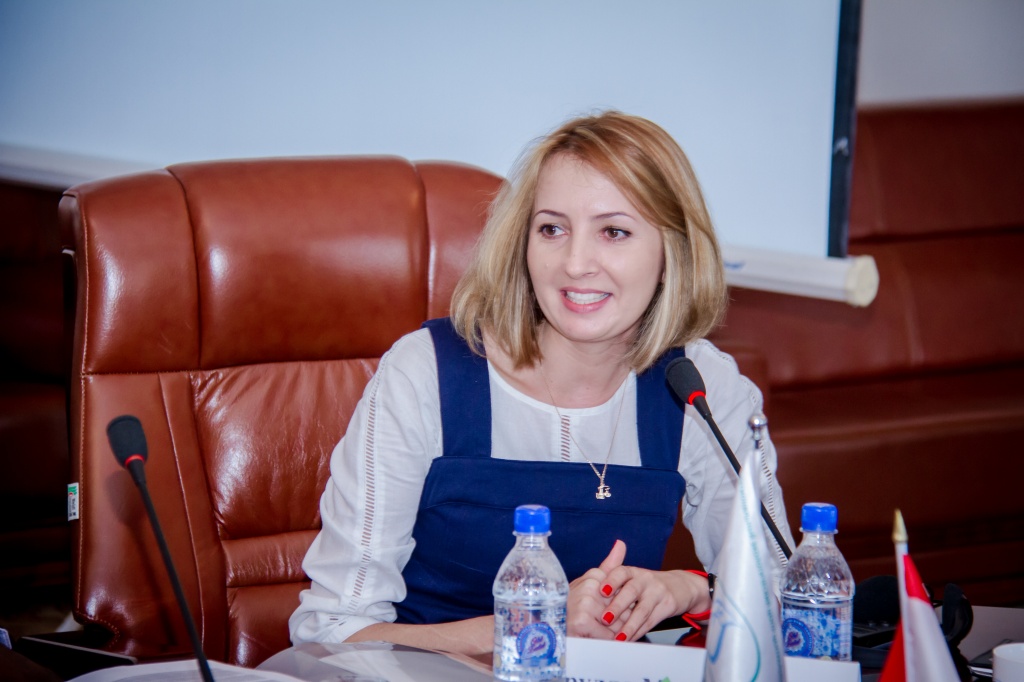 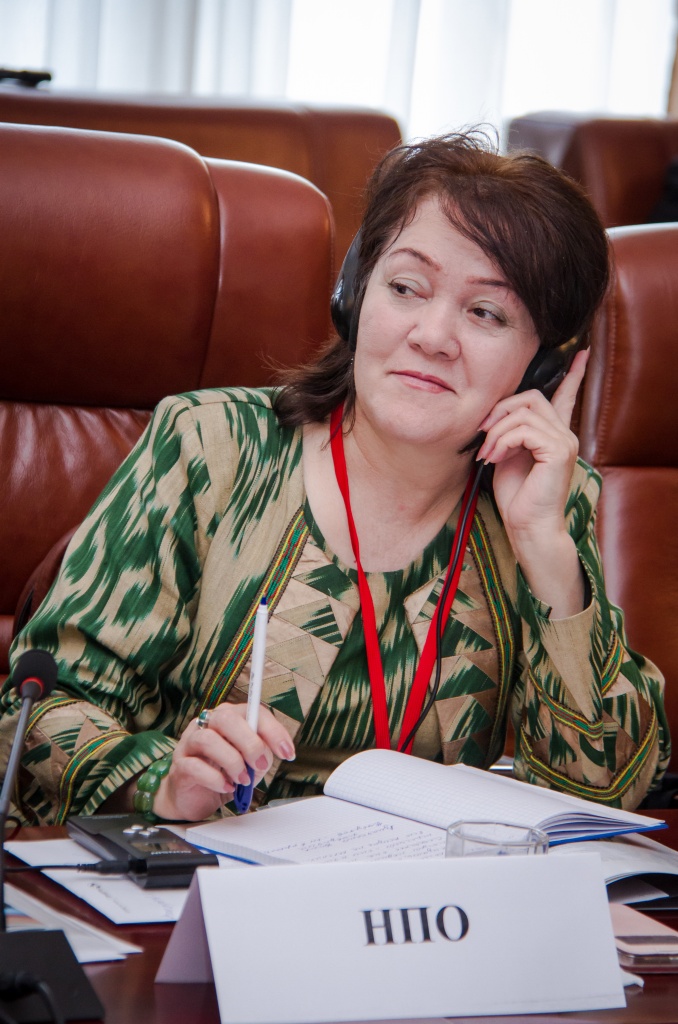 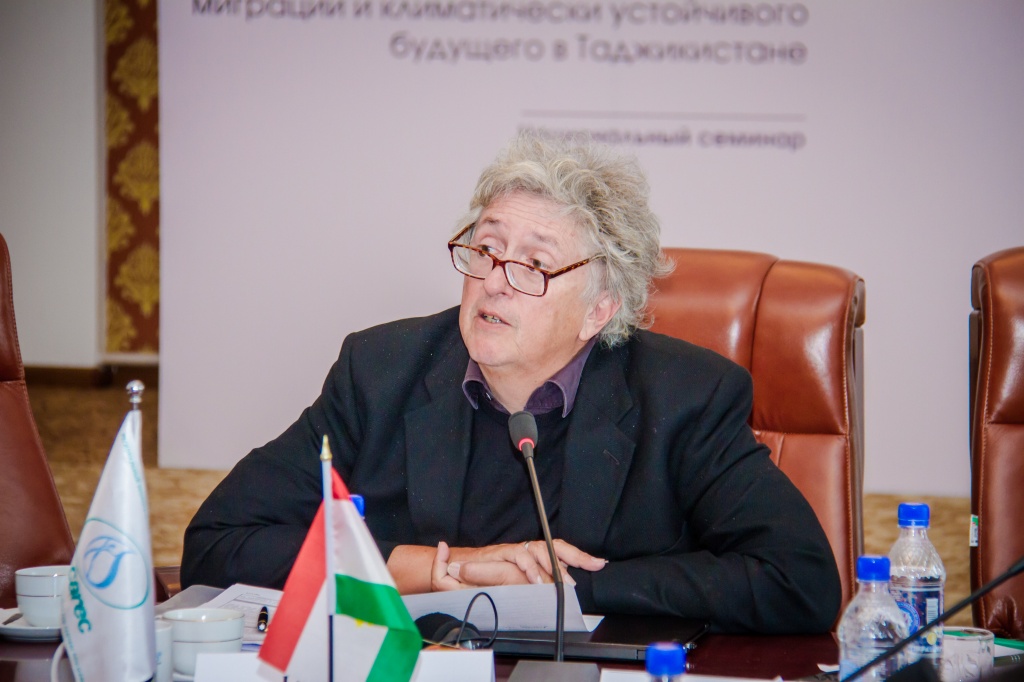 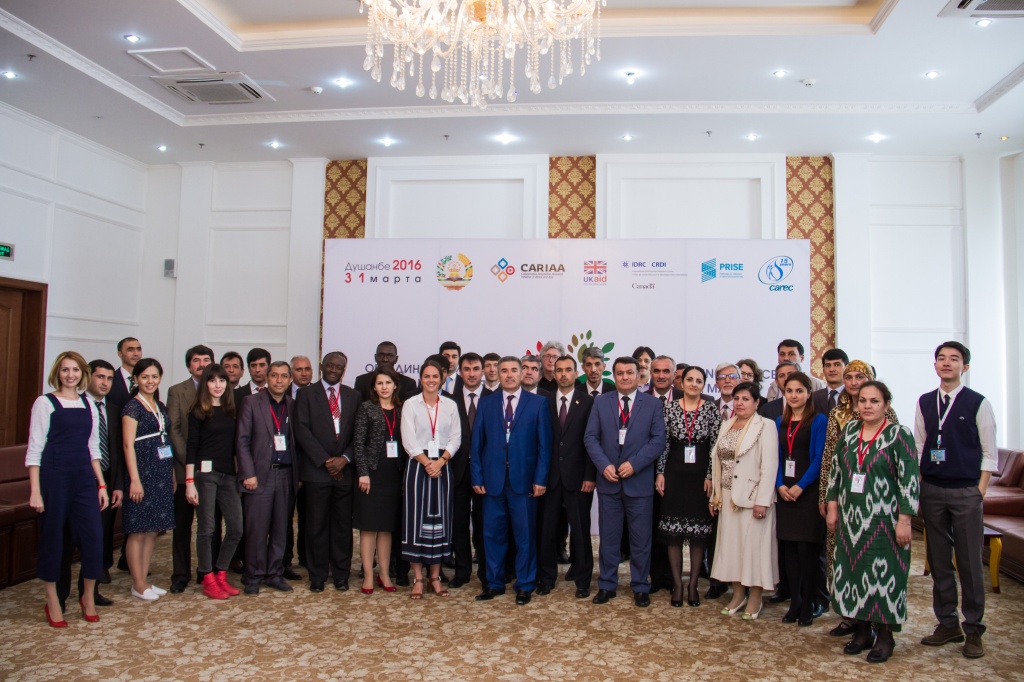