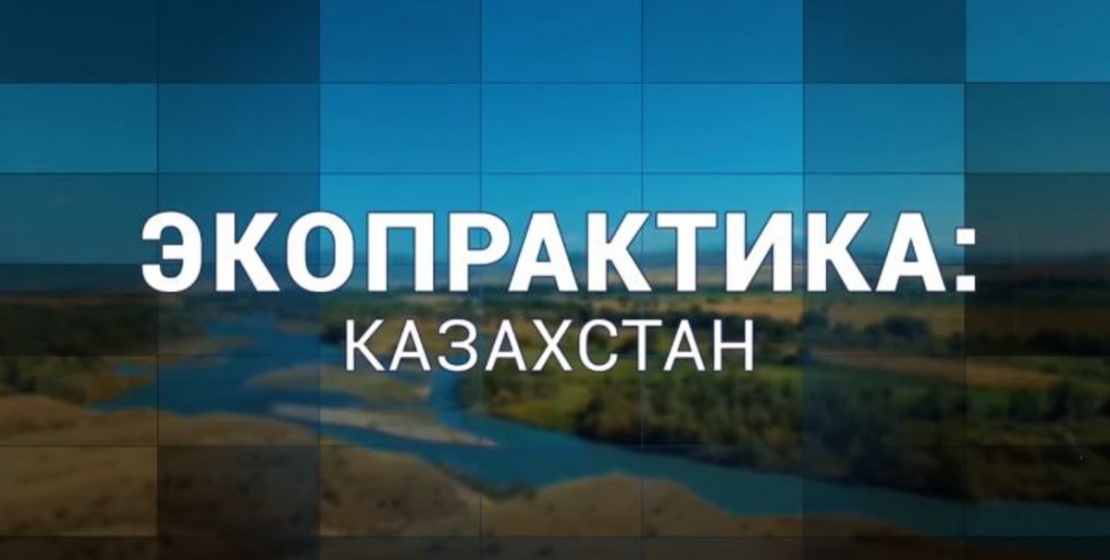 Do you know that 2020 can appear in the top five hottest years in the planet's history? The experts in the field of climate change and ecology of the Republic of Kazakhstan actively discuss this issue. The video on climate change called "Ecopractice: Kazakhstan" was released as a part of the TV show on "Mir" television channel; it can be watched here.

The experts are worried that the temperature in the region has increased by a degree over the past three or four decades, in Antarctica air temperature has exceeded 20 degrees Celsius for the first time, the level of the World Ocean is rising and much more that threatens not only our region’s safety but also the existence of mankind as a whole.

The TV show was created as a part of the Regional Environmental Center for Central Asia project "Climate Adaptation and Mitigation Program for Aral Sea Basin" (CAMP4ASB), which donor is the World Bank. It is devoted to the environmental situation in the region and in Kazakhstan, clearly showing the consequences of climate change and ineffective activities on nature and humans' lives and well-being. The characters shown on the screen are dispassionate and operate with numbers and facts like professionals.

Where do the alarming numbers and conclusions come from? This is the result of meticulous observations of weather fluctuations and research. Svetlana Dolgikh, head of the RSE "Kazhydromet" climate research department, says: "Since the ocean, which is also the kitchen of the weather, heats up, the energy goes into the atmosphere. For example, this year, the surface of the Atlantic Ocean is 2-3 degrees higher than the average perennial norm. As a result, the cyclone output was much more frequent. And these cyclones were more powerful than before. Accordingly, they brought abrupt weather changes along with them."

Climate change is the acutest for countries with arid climates; there are varying degrees of water scarcity. Central Asia is one of the most vulnerable regions of the planet. Leading environmental specialist, the technical coordinator of CAMP4ASB (World Bank) Gayane Minasyan warns: "As a result of rising temperatures and lower water resources, agricultural productivity can drop by about 30%. The same applies to the production of hydropower. According to some estimates, hydropower could be reduced by 20%." Does this mean that we are facing a food shortage?

Kazakhstan is the largest country in Central Asia. The temperature in Kazakhstan rises to 50 degrees in summer and drops below 50 in winter. The nature of the region is susceptible to climate change and its consequences. What should people do in this kind of situation? On August 23, 2019, residents of several areas of the three hundred thousandths of Uralsk woke up without drinking water. Alexander Semenov, the head of the city's water treatment facilities, says: "The city takes 60% of the water from the Ural River and 40% from the surface water intake." This is not the first year when the Ural River is becoming shallow. But lately, signs of the environmental disaster have become increasingly obvious.

For example, glaciers have been a source of water for thousands of years, but an increase in the average annual temperature in the region has led to intensive melting of glaciers that form the flow of Kazakhstan rivers. Melting glaciers affect the water content of the Irtysh River. The largest watercourse in the eastern part of the country comes to Kazakhstan from China and feeds on Kazakhstan's Altai mountain rivers. There are about 170 glaciers in the "Altai Queen" Belukha region, but their number and size decrease every year.

Climate warming exacerbates existing environmental problems in the region. The shallowing of the Aral Sea threatened the welfare of thousands of families in the Kyzylorda region of Kazakhstan. Half a century ago, water was diverted from the Syr Darya and the Amu Darya rivers feeding the Aral Sea for irrigation of fields. The reservoir decreased by ten times. Indeed, the water quality that comes to the Aral today has been raising questions among environmentalists. According to UNDP, anemia in the Aral Sea population is 30% higher than the regional average, asthma - 2 times, tuberculosis - 4 times.

In 2015, countries adopted the Paris Climate Agreement. Nearly 200 states have agreed to prevent the global average annual temperature by more than 2 degrees from the pre-industrial level by 2100 and to do everything possible to keep warming within 1.5 degrees. Primarily, by reducing harmful emissions into the atmosphere. Vadim Nee, a lawyer, chairman of the board of trustees of the Socio- Ecological Fund, explains: "The country itself says: "I want to reduce it to 10% from 1990." Another country: "I can set relative figures from 10 to 15 %% or 20 to 30 %”. Nevertheless, the developed countries have clearer goals; they remain from the Kyoto Protocol, including Kazakhstan." What does it mean?

By signing the Paris Agreement, Kazakhstan made concrete commitments. Each year, Kazakhstan emits about 2.5 million tons of pollutants into the atmosphere. Every year this figure is growing by 100 thousand tons. The new mechanism should encourage enterprises to reduce emissions; otherwise, they will face fines.

You can describe climate issues for a long time, but it is better to see it once than hear about it a hundred times. Watch, listen and draw your own conclusions on how you can change the environmental situation in Kazakhstan, in the region and the whole world.